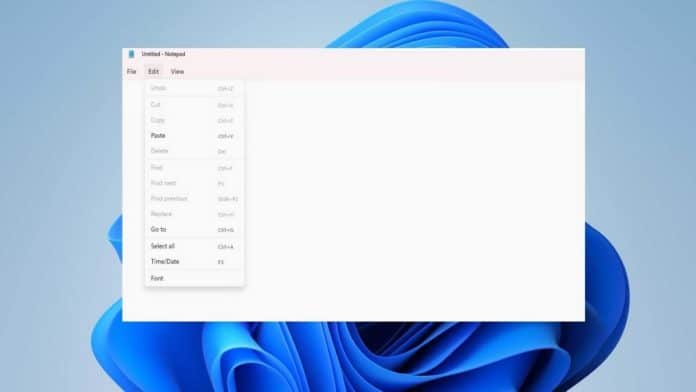 Microsoft on Tuesday started rolling out the free upgrade to Windows 11 on supported devices with the company planning to complete it by mid-2022.

After the official announcement of Windows 11 in June 2021, there were rumours that Microsoft is set to bring the redesign to the classic Notepad wherein it is likely to receive the Fluent Design update for a much cleaner interface.

Now, it appears that the rumours are likely true, as a Microsoft employee accidentally leaked the redesigned Notepad app for Windows 11.

According to the leaked screenshots posted by @FireCubeStudios on Twitter, it seems that the newly designed Notepad for Windows 11 is getting a new Fluent Design, WinUI menu bar, rounded corners, and also a Settings Page with access to App theme, Font, Family, Style, and Size.

Further, the drop-down only consists of File, Edit (consists of all the options present in Windows 10), and View options.

Although there is no official confirmation regarding overhaul of the Notepad app, the leaked screenshots do indicate that Microsoft is looking to bring changes to the app. We will have to wait and watch!