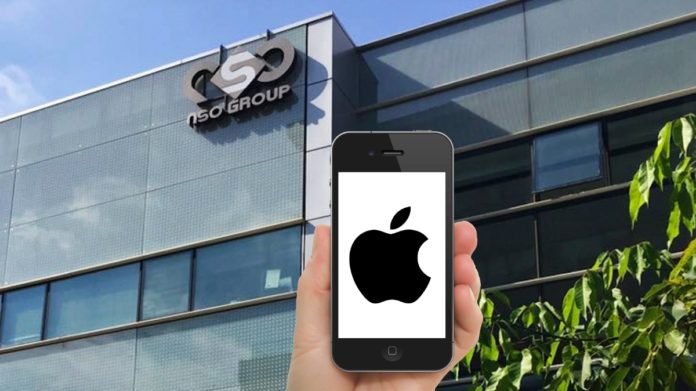 Apple on Tuesday announced that it has filed a lawsuit against Israeli NSO Group and its parent company to hold it accountable for the surveillance and targeting the users of its devices.

In a complaint filed in the federal court in California, the tech giant said that NSO Group employees are “amoral 21st century mercenaries who have created highly sophisticated cyber-surveillance machinery that invites routine and flagrant abuse.”

The complaint provides new information on how NSO Group infected victims’ devices with its spyware, called Pegasus, which had been used to attack a small number of Apple customers, such as journalists, activists, dissidents, academics, and government officials, around the world.

To prevent further abuse and harm to its users, Apple is seeking a permanent injunction to ban NSO Group from using any Apple software, services, or devices.

The exploit was originally identified by the Citizen Lab, a research group at the University of Toronto.

“NSO Group and its clients devote the immense resources and capabilities of nation-states to conduct highly targeted cyberattacks, allowing them to access the microphone, camera, and other sensitive data on Apple and Android devices,” the company informed.

Apple said it is notifying the small number of users that it discovered may have been targeted by ‘FORCEDENTRY’ so that they can take necessary precautions to protect themselves and their information.

“Apple devices are the most secure consumer hardware on the market — but private companies developing state-sponsored spyware have become even more dangerous. While these cybersecurity threats only impact a very small number of our customers, we take any attack on our users very seriously, and we’re constantly working to strengthen the security and privacy protections in iOS to keep all our users safe.”

The Apple lawsuit is seeking redress for NSO Group’s flagrant violations of the U.S. federal and state law, arising out of its efforts to target and attack Apple and its users.

Additionally, to further strengthen efforts against cyberattacks, Apple said that it will be contributing $10 million, as well as any damages from the lawsuit, to organisations pursuing cyber-surveillance research and advocacy.

Apple has urged all its customers to update their iPhone and always use the latest software. For instance, iOS 15 includes a number of new security protections, including significant upgrades to the BlastDoor security mechanism. According to the company, it has not observed any evidence of successful remote attacks against devices running iOS 15 and later versions.

“Mercenary spyware firms like NSO Group have facilitated some of the world’s worst human rights abuses and acts of transnational repression, while enriching themselves and their investors,” said Ron Deibert, Director of the Citizen Lab at the University of Toronto.

“I applaud Apple for holding them accountable for their abuses, and hope in doing so Apple will help to bring justice to all who have been victimized by NSO Group’s reckless behavior.”