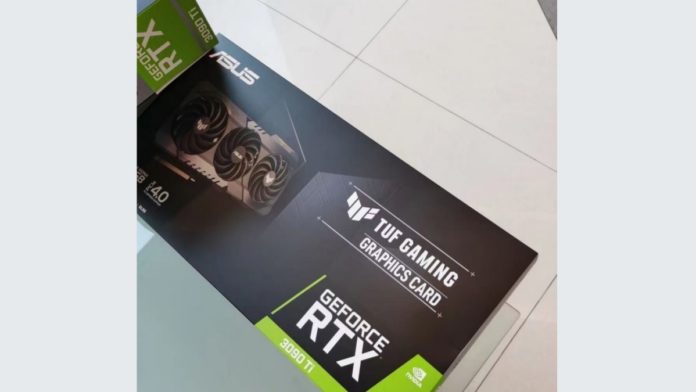 News of the rumored and highly-anticipated GeForce RTX 3090 Ti graphics card has been doing the rounds since August where details related to its specs, price and availability have been shared.

Now, a retail packaging box image of an alleged ASUS GeForce RTX 3090 Ti TUF Gaming graphics card has been leaked by Chinese news outlet IT Home (via HXL) that gives us a sneak peak of the upcoming flagship.

Unfortunately, the image does not provide any new information such as the card’s specs, but basically reiterates rumours that have already been circulated.

NVIDIA is expected to announce the GeForce RTX 3090 Ti card at its January 4th press event, a day before CES 2022 begins with the card likely to go on sale on January 27th.