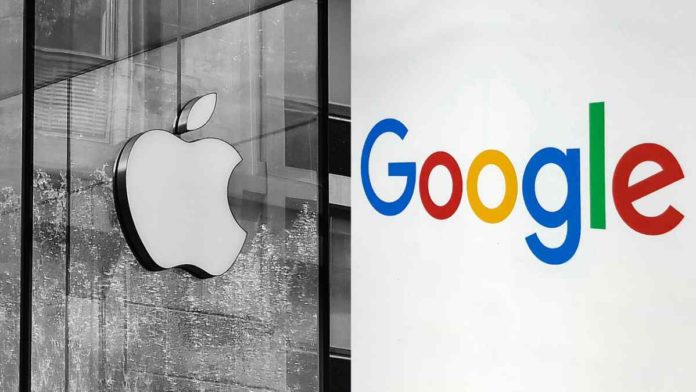 Hiroshi Lockheimer, Senior Vice President of Platforms and Ecosystems at Google, called out Apple for using “peer pressure and bullying” specifically teens through its iMessage app.

Lockheimer reacted to an article from The Wall Street Journal (WSJ) that detailed how Apple has been rejecting the new messaging standard called Rich Communication Services (RCS) that is creating peer pressure among teenagers to use iMessage and turn away from Android-based texting.

“Apple’s iMessage lock-in is a documented strategy. Using peer pressure and bullying as a way to sell products is disingenuous for a company that has humanity and equity as a core part of its marketing. The standards exist today to fix this,” Lockheimer tweeted while sharing the WSJ story about Apple iMessage’s dominance among an “army of texting tweens”.

Apple’s iMessage lock-in is a documented strategy. Using peer pressure and bullying as a way to sell products is disingenuous for a company that has humanity and equity as a core part of its marketing. The standards exist today to fix this. https://t.co/MiQqMUOrgn

For those unaware, RCS is the new messaging protocol, which is offered by Google worldwide via its Android Messages app to all users who install and use it as a default texting app. This communicating system is an alternative for SMS on Android devices that allows you to send richer, more engaging text messages than you could on SMS.

While Apple’s messaging service iMessage turns other iMessage users’ chat bubbles in blue, the messages received from users of Google’s Android mobile operating system appear in green, instead of the iOS-native blue. This deliberate strategy has turned iMessage into a status symbol among U.S. teens and led to the ostracization of Android users when communicating with iOS users.

According to WSJ, teens and college students “dread the ostracism that comes with a green text”. Some users who took part in the survey reacted with “ew, that’s gross” when another user had green chat bubbles instead of the coveted blue bubbles.

Google’s official Twitter account for Android too retweeted Lockheimer’s tweet and wrote, “iMessage should not benefit from bullying. Texting should bring us together, and the solution exists. Let’s fix this as one industry.”

iMessage should not benefit from bullying. Texting should bring us together, and the solution exists. Let’s fix this as one industry. ?? https://t.co/18k8RNGQw4

This is not the first time that Lockheimer has tweeted about iMessage adopting RCS. In October last year, he had tweeted, “Group chats don’t need to break this way. There exists a Really Clear Solution. Here’s an open invitation to the folks who can make this right: we are here to help.”

In the past too, other Google executives have encouraged Apple to add RCS support to their iPhones for seamless and inclusive communication, but the company has always refused, citing security and other concerns.

One thing is clear that Apple is obviously aware of what it is doing. In a statement to WSJ, Apple said: “We know that Apple users appreciate having access to innovative features like iCloud synching across all their Apple devices, Tapback and Memoji, as well as industry-leading privacy and security with end-to-end encryption — all of which make iMessage unique.”