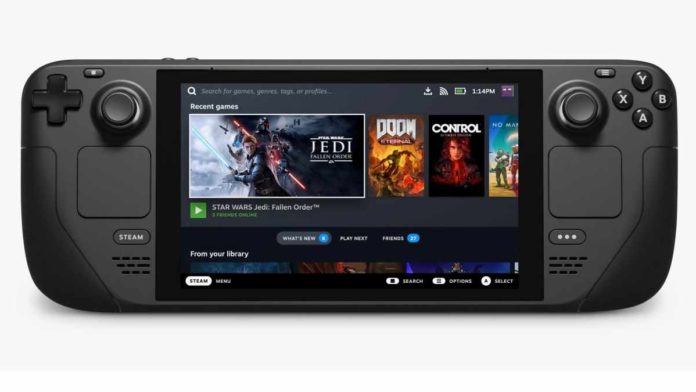 In July 2021, Valve had announced its first handheld PC gaming device, Steam Deck, with the shipping scheduled for December 2021.

However, in November 2021, the company revealed that due to global computer chip shortages, the Steam Deck would fail to ship by December 2021 and instead ship in February 2022.

Now, Valve on Wednesday has officially confirmed that the Steam Deck will launch on February 25, 2022. Shortly after 10:00 am on February 25th, PST, the company will start sending out the first batch of order emails to those who have pre-ordered a Steam Deck.

Order emails will be sent in the same order that reservations were made. Those who have pre-ordered the Steam Deck will only be allowed to purchase the model that they have originally reserved. Their reservation deposit ($5/£4) will be applied to the final price of Steam Deck, and shipping costs are included.

“Customers will have 3 days (72 hours) from receipt of their order email to make their purchase, before their reservation is released to the next person in the queue. The first units will be on their way to customers starting the 28th, and we plan to release new order email batches on a weekly cadence,” the company said in a blog post.

“In addition, we’re sending out press units for a full review shortly. Press review embargo on Steam Deck coverage will lift on February 25th, but keep an eye out for some preview coverage and impressions before that. In the meantime, we’re working to tie up the last few loose ends and polish some rough edges, and are excited to get these out to you at the end of next month!”

For those unaware, Steam Deck is a powerful all-in-one portable PC with a custom processor developed in cooperation with Advanced Micro Devices (AMD). It is also an open PC, which allows you to install any software or connect with any hardware.

The gaming PC has the ability to run the latest AAA games. Your Steam library will be on Deck to play games wherever and whenever you want.

Below are some of the specifications of the Steam Deck:

Steam Deck starts at $399 (64GB version), with increased storage options available for $529 (256GB version) and $649 (512GB version). Currently, the Steam Deck is only available to reserve for the US, UK, Canada, and the European Union with more regions to come.