Last year, Will Cathcart, Head of WhatsApp at Facebook (now Meta), had announced the possibility of transferring chat history from Android to iOS platforms.

Now, according to a new report from WABetaInfo, the source code found of WhatsApp 22.2.74 beta for iOS reveals that the popular instant messaging platform is testing a new feature that will allow users of Android phones to transfer their chat history to iOS devices.

We are all aware of the complexities of transferring WhatsApp data from Android to iOS for free. You have to purchase an expensive iOS app to do it.

This version will allow users to import chat history from an Android device to iOS. Currently, only iOS users who wish to move their chats from their previous Android devices are able to use the feature.

For those unaware, WhatsApp allows users to migrate their chat history from iOS to Samsung Devices, as well as Pixel phones. Doing the other way around is a different ballgame.

WABetaInfo shared some screenshots that show WhatsApp requires your permission to access the chat history before the migration process begins. Apparently, the migration process will not be simple, as it requires both Android and iOS devices to have the app installed, which will likely work using a cable or a private Wi-Fi connection. 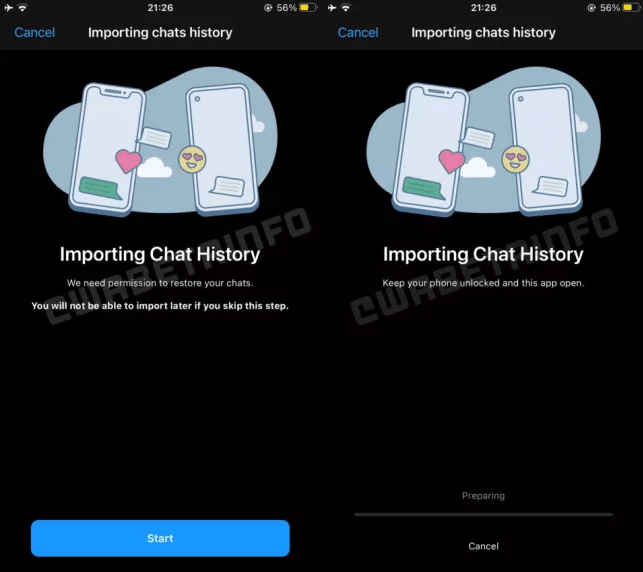 Currently, the chat history migration feature is under development and is not available to beta testers yet, which means it will take a while before it is officially announced and rolled out.