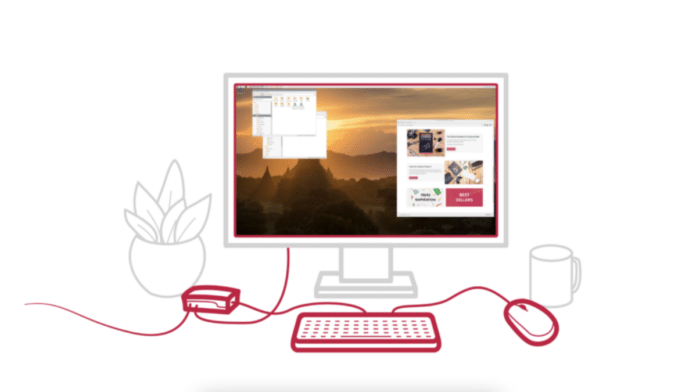 The Raspberry Pi Foundation on Wednesday announced that Raspberry Pi OS 64-Bit is out of beta trial and now available for everyone to download on supported devices.

The ARMv8-A architecture, which encompasses the 64-bit AArch64 architecture and associated A64 instruction set, was first introduced by the Foundation into the Raspberry Pi line with Raspberry Pi 3 in 2016. Since then, it has been possible to run a full 64-bit OS ever; however, the company chose to remain on a 32-bit version to focus on compatibility between devices.

“We have continued to build our Raspberry Pi OS releases on the 32-bit Raspbian platform, aiming to maximize compatibility between devices and to avoid customer confusion.[…],” Gordon Hollingworth, Raspberry Pi’s Director of Software Engineering, said in a blog post.

“But we’ve come to realise that there are reasons to choose a 64-bit operating system over a 32-bit one. Compatibility is a key concern: many closed-source applications are only available for arm64, and open-source ones aren’t fully optimised for the armhf port. Beyond that there are some performance benefits intrinsic to the A64 instruction set: today, these are most visible in benchmarks, but the assumption is that these will feed through into real-world application performance in the future.”

The main benefit of a 64-bit OS over a 32-bit version is the RAM (the physical memory of the device). The 32-bit system allows addressing only 4GB of memory and makes use of the ARM Large Physical Address Extension (LPAE) to access up to 8GB of memory. In the case of the full 64-bit Raspberry Pi OS, it will now allow access to up to 8GB of memory.

It is worth noting that the 64-bit version of Chromium, installed by default, has no version of the WidevineCDM library, and therefore, it is not possible to play streaming media such as Netflix or Disney+. Hence, you will need to choose the 32-bit version and type the following within a terminal window:

To return to the 64-bit version

If you are interested in installing the 64-bit Raspberry Pi OS on your device, you can download it from here.