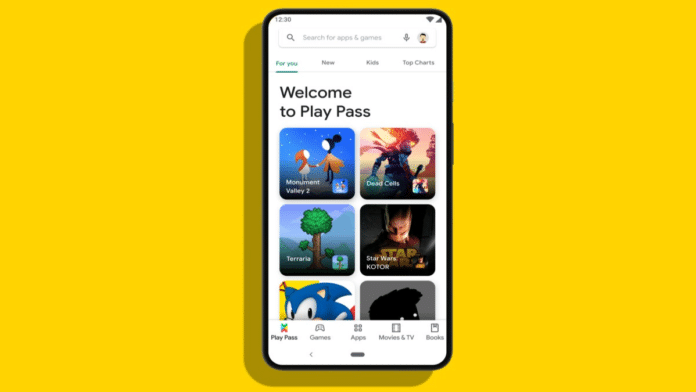 Google on Monday announced that it has rolled out its Play Pass subscription service for Android users in India with access to over 1,000 apps and games without advertisement and in-app purchases.

The Google Play Pass subscription service, which is somewhat similar to Microsoft’s Xbox Games Pass or Apple’s Arcade subscription, was originally launched in September 2019 and made available to U.S. consumers. The search giant later expanded the service and is now available in 90 countries, including Germany, Australia, Canada, and Europe, making it available now in India too.

The Play Pass subscription service will offer a high-quality and curated collection of over 1,000 titles across 41 categories from developers across 59 countries, including local Indian app developers.

The collection includes a range of exciting titles, be it sports, puzzles, or action games, to apps that power productivity. It includes popular games like Jungle Adventures, World Cricket Battle 2, and Monument Valley, productivity apps like Utter, Unit Converter, and AudioLab, as well as hidden gems such as Photo Studio Pro, Kingdom Rush Frontiers TD, and more.

Further, with the Google family group, family managers can share their Play Pass subscription with up to five other family members.

“We want to deliver products and programs that the Play community – both users and developers – find value in, and we are always looking for new ways to do this,” Aditya Swamy, Director, Play Partnerships, Google India said in a blog post.

“With the launch of Play Pass in India, we are excited to offer a robust collection of unlocked titles to our users and looking forward to partnering with more local developers to build amazing experiences users love.”

Google will be rolling out the Play Pass feature across India this week. Once the feature is available, you can start your trial by simply opening the Play Store app on your Android device, tapping the profile icon at the top right, and looking for “Play Pass.” Subscribers can access the collection of apps and games through the Play Pass tab or by looking for the Play Pass “ticket” icon when browsing titles on the Play Store.

“We will continue to work with global and local developers to add great new games and apps every month so that there is always something new to discover on Play Pass,” Swamy added. Interested developers can add their apps or games to Play Pass by expressing their interest here.