Instagram has been adding quite a few features to curb users from sticking to the platform for longer at a stretch including the ‘Take a Break’ feature.

Cut to now, the Facebook-owned photo-sharing application has now rolled out an extended set of features under the ‘Parental Supervision’ category that will allow parents to have more control over their children’s app usage.

Instagram has added this advanced parental supervision feature under Family Center. The feature will allow parents to see exactly how much time their kids spend on Instagram on a daily basis. In fact, parents can add a limit beyond which, the kids won’t be able to use the app unless the timer resets.

Apart from that, parents will be able to see all the accounts their kids follow and the accounts that follow them. This should minimize the amount of exposure to online threats such as pedophilia.

Parents will get a prompt if their kids report someone on the platform as well. The feature is available in the United States only as of writing this. Its arrival in other countries is yet to be disclosed. 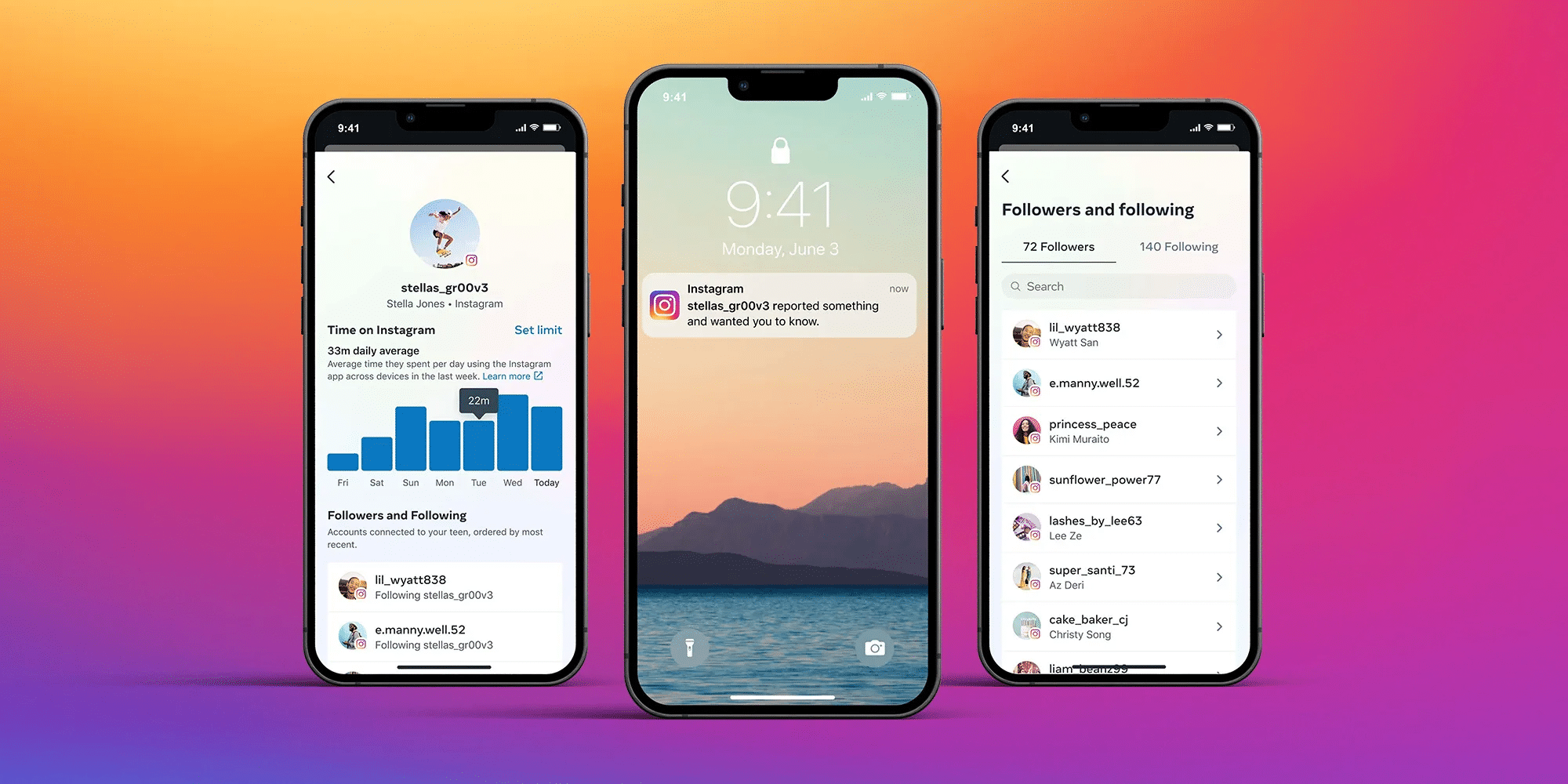 Instagram has added that it will soon add more features to the ‘Parental Supervision’ section in the coming months. This includes the ability to set hours during which their kids can use the app. Soon, parents will get an option to add another supervisor to the same kid’s account so that both mother and father (or guardian) can supervise kids’ accounts without any hassle.

Similar Feature is Coming To Quest Too

According to the reports, VR tech giant Quest is working on a similar feature for the headsets too. The parental supervision feature will allow parents to limit their kid’s activities on the headset although it will still take a few months.

Apart from that, the parents will be able to restrict VR content specifically rated for 13 and above to kids before the said age. Also, they will be able to add limits on how many purchases their children can do on the VR headset.