Snapchat has adopted many features from various popular apps including TikTok apart from being ephemeral. Turns out TikTok too is working on Snapchat-style stories feature that was a part of testing available to a limited number of users. Cut to now, the feature is being rolled out to a greater number of TikTok users.

According to TikTok, the Snapchat-like stories feature on the platform is now expanding in terms of pilot testing with more users joining in.

You can add a video or a photo to your stories on TikTok similar to how you would upload a TikTok video, however, it will be ephemeral meaning it will vanish after 24 hours. 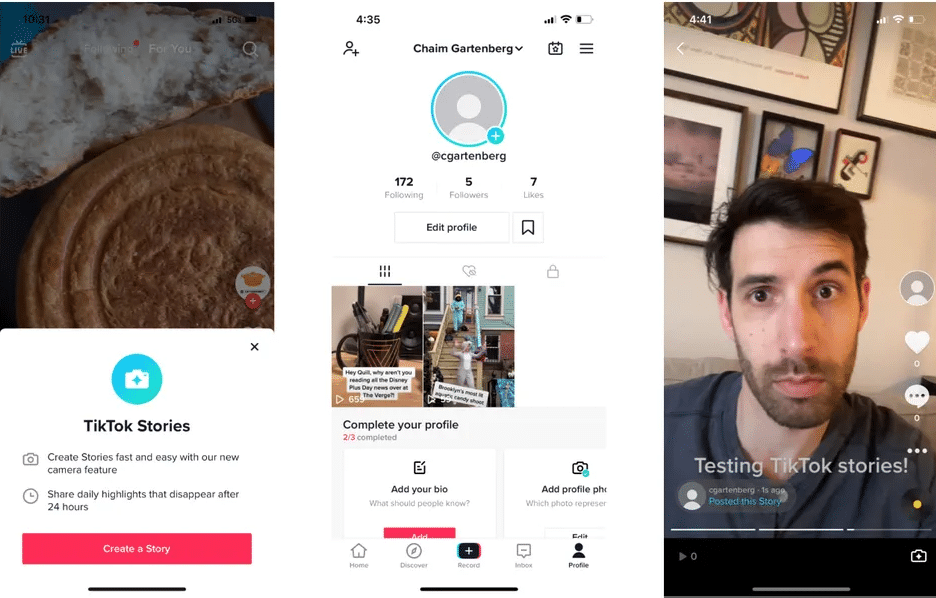 The feature will see a tonne of editing tools, sounds, effects, and filters you would need which is synonymous with TikTok videos. Apparently, the feature to follow the account via the stories remained unavailable on TikTok even after many apps taken over it including Facebook, Instagram, WhatsApp, Snapchat to name a few. Now that the feature is being tested out, users should be able to follow the account via the stories.

Also Read – How to Download TikTok Videos in 4K

The pilot feature in the works

Additionally, you can tap on the profile picture again to go to the main account of the publisher or account holder.

Note that the feature is being tested now and it remains to be when exactly it will roll out. Considering the popularity of the stories feature on other platforms, it seems like TikTok won’t take too long to roll out the feature although exactly till when is a mystery.