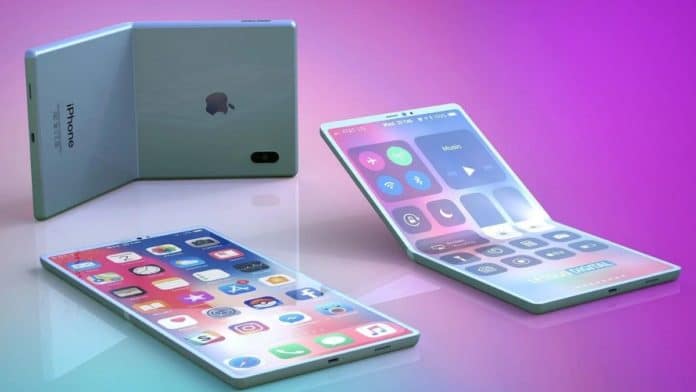 Reports surrounding Apple working on a foldable iPhone have been doing the rounds for quite some time.

He also added that color EPD has the potential to become a mainstream solution for the cover or a secondary display on a future foldable iPhone or tablet due to its “excellent power-saving” feature.

For the unversed, E Ink or ePaper displays are best known for their use in e-readers such as Amazon’s Kindle Paperwhite. One of the main advantages of the E Ink Displays is their low energy consumption due to which they offer long battery life devices.

Besides this, they use power only when they are refreshed, which makes them more energy-efficient than traditional OLED panels. However, it is a bit less responsive compared to LCD or OLED displays.

Generally, the cover or secondary screen is used for simple tasks like checking notifications and reading incoming messages. Currently, the foldable phones in the market use an OLED panel, which consumes a lot of power.

Using a low-power E Ink display for a secondary screen could be the best solution for Apple, as it would considerably be more energy-efficient than the existing foldable that typically utilize OLED or LCD panels.

As far as the launch of the first folding iPhone is concerned, Kuo has tipped that Apple is “actively testing” a 9-inch foldable OLED device that could release sometime in 2025. Also, an earlier report from Display Supply Chain Consultants (DSCC) analyst Ross Young also suggests that Apple’s foldable iPhone won’t be available until 2025.

However, please note that all the above information is a rumor and needs to be taken with a pinch of salt.

Also, there is no sign that Apple is testing E Ink color display for a secondary screen on foldable. While the possibility of an E Ink display certainly sounds interesting, whether or not Apple will include it in a future foldable iPhone, only time will tell.