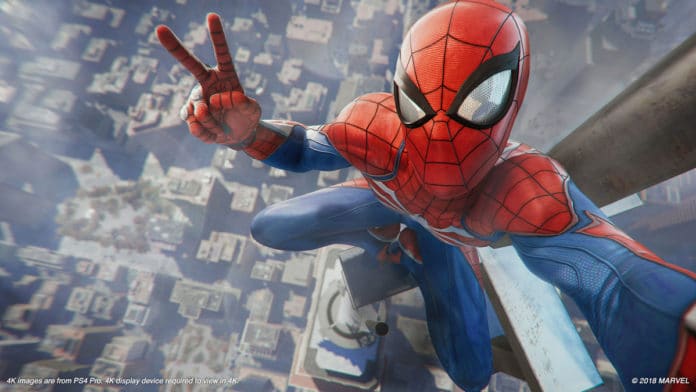 PlayStation Studios partner studio Nixxes Software has helped with porting of the action-adventure game to PC.

Marvel’s Spider-Man, the open-world superhero game, was the first title to be launched on PlayStation 4 (PS4) in 2018.

The game received praise for its narrative, characterization, combat, and web-swinging traversal mechanics making it one of the best-selling PS4 titles of all time.

For the unversed, in the original Marvel’s Spider-Man, the super-human crime lord Mister Negative orchestrates a plot to seize control of New York City’s criminal underworld.

When Mister Negative threatens to release a deadly virus, Spider-Man must confront him and protect the city while dealing with the personal problems of his civilian persona, Peter Parker.

Coming to Marvel’s Spider-Man Remastered, the PC game is developed by Insomniac Games in collaboration with Marvel. This title introduces you to an experienced Peter Parker who’s fighting big crime and iconic villains in Marvel’s New York.

At the same time, he’s struggling to balance his chaotic personal life and career while the fate of Marvel’s New York rests upon his shoulders.

Check out the short trailer with PC footage below.

The Remastered edition of the game features 4K resolution and ray tracing support, as well as a new face for Peter Parker.

It also contains all of the post-release extra suits and DLC that were added to the original game. We can expect similar settings to be coming to the PC version too.

Marvel’s Spider-Man Remastered on PC will include the full main story and its continued narrative in Marvel’s Spider-Man: The City That Never Sleeps DLC, which features three accompanying story chapters in Peter Parker’s journey along with additional missions and challenges for players to discover.

Marvel’s Spider-Man Remastered will release on August 12th, 2022 for Windows PC. It will be available on Steam and the Epic Games Store.

Insomniac also confirmed that Spider-Man: Miles Morales will be coming to PC sometime in Fall 2022.