Almost two years ago Nvidia unveiled the RTX 3000 series graphics cards. As we all know, the 3000 series ended up being the most controversial GPU release of all time. Even to this day, it’s difficult to purchase 3000 series cards at MSRP.

Yes, you read that right! If everything goes well we can even expect the 4000 series to be launched three to four months from now.

The upcoming 4000 series cards will be based on the soon-to-be-revealed Ada Lovelave GPU architecture. Well, the rumors got confirmed after popular benchmarking and stress-testing software AIDA64 released its AIDA64 Extreme 6.70.6033 beta version.

The new software version of AIDA64 adds support for the flagship RTX 4090 (AD102) graphics card. The release note of the software stated that,

Some reliable sources suggest that Nvidia is increasing the CUDA core count on the upcoming RTX 4090 GPU. That said, the GPU is expected to still have 24GB VRAM. However, we can expect a slight increment in the VRAM speeds. 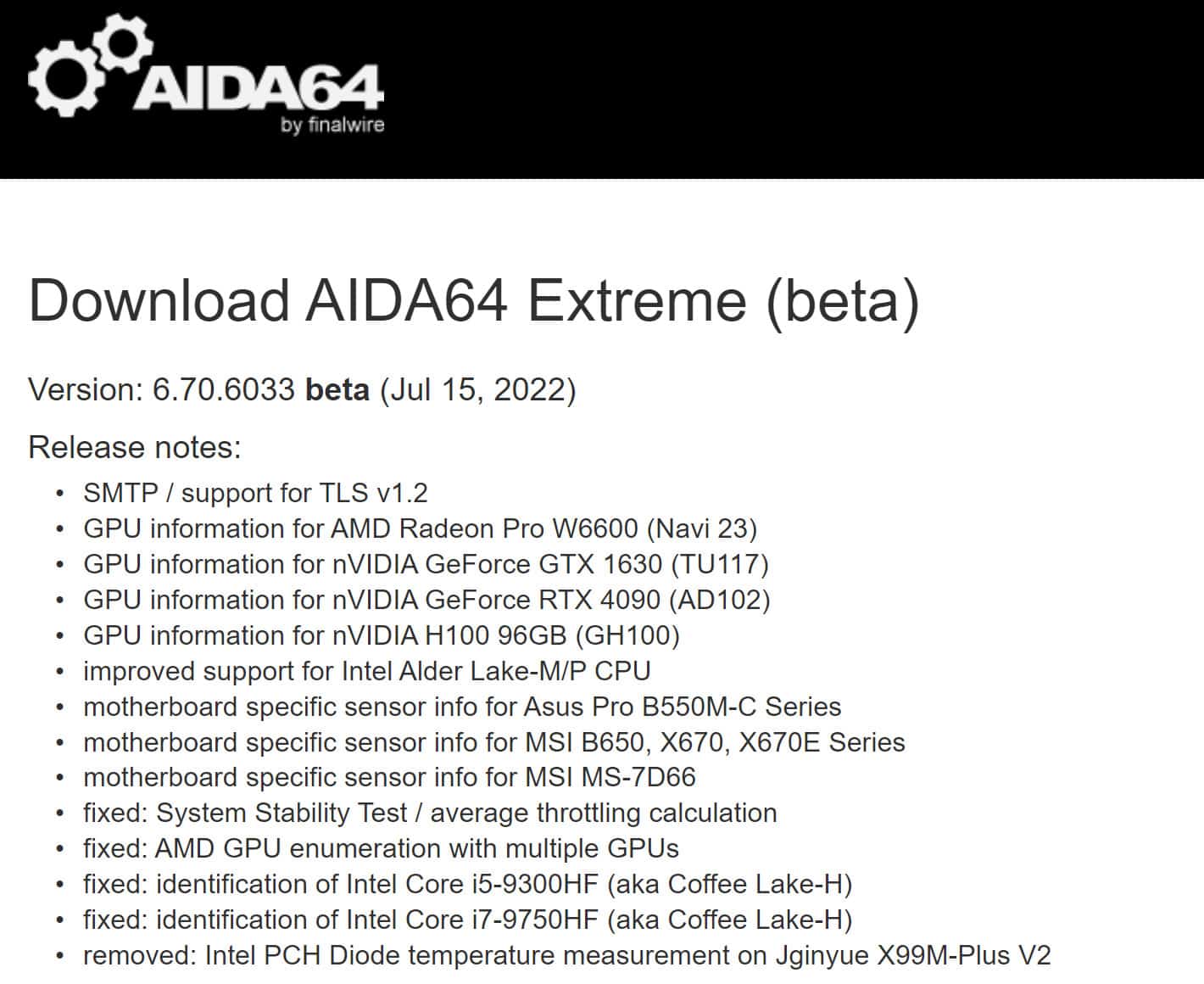 Other Ada Lovelace SKUs will also have noticeable improvements in comparison to the RTX 3000 series graphics cards.

Additionally, the new beta AIDA64 Extreme also adds support for the Radeon PRO W6600. Lastly, as far as intel is concerned, there is improved support for Alder Lake-P and -M CPUs as well as some bug fixes related to older Coffee Lake-H SKUs.

Do share your thought and opinions on RTX 4000 series graphics cards on our socials.