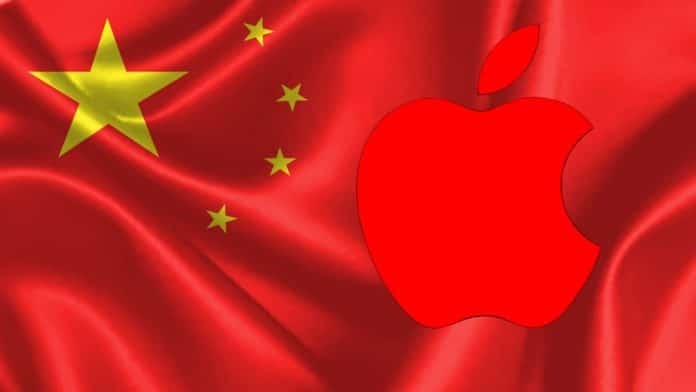 Tensions between China and the United States have escalated due to the recent visit of U.S. House Speaker Nancy Pelosi to Taipei, the capital of Taiwan.

As a result, Apple has asked its Taiwanese suppliers to strictly comply with Chinese customs regulations while transporting goods from Taiwan to China to avoid them from being fined or rejected.

The Cupertino tech giant told suppliers that China “has started strictly enforcing a long-standing rule that Taiwanese-made parts and components must be labeled as being made either in “Taiwan, China” or “Chinese Taipei”, according to a report from Nikkei Asia citing sources familiar with the matter. This regulation imposes China’s views that Taiwan is a part of its sovereign territory.

Using the phrase “Made in Taiwan” on any import declaration forms, documents or cartons could result in scrutiny of goods and components and retention by Chinese customs officials. In case of violation, a fine of up to 4,000 yuan (~$592) could be imposed or, in the worst-case situation, the shipment could even be rejected.

“This presents a dilemma for suppliers who need to ship materials, components or parts from Taiwan to China, however, as the democratically governed island also requests that all exports be labeled with product of origin, which means they must carry the words “Taiwan” or “Republic of China,” the island’s official name, according to suppliers and logistics companies,” reads the Nikkei Asia report.

Apple has also informed suppliers to prepare contingency plans or quickly review and amend their labels on cartons and forms for shipments from Taiwan to China, if required, to avoid “any shipping chaos” and further supply chain disruptions.

Pegatron, one of Apple’s major iPhone assemblers, said its mainland China plant is operating normally, contrary to media reports that mentioned production has halted, and there is a stoppage in shipments.

Apparently, Pelosi’s visit to Taiwan this week, which was criticized by Beijing authorities, is what provoked China to strictly enforce the customs regulation.

Apple has yet to officially comment on the matter.