Apple on Wednesday introduced Apple Watch Series 8 and the redesigned Apple Watch SE (2nd Generation), which according to the tech giant, brings groundbreaking technology and performance, and important safety innovations.

“Apple Watch Series 8 reinforces our commitment in these areas with the addition of pioneering technology, while Apple Watch SE brings advanced core features at a new starting price. Powered by watchOS 9, the best smartwatches deliver more capabilities than ever before.”

Apple also introduced Apple Watch Ultra with a new bold design and a wide range of features built for endurance, exploration, and adventure.

While Apple Watch Series 8 looks similar to its predecessor, one of the highlights of this wearable is that the Cupertino giant has added a body temperature sensor that could help women particularly to track their ovulation cycles.

It produces retrospective estimates of when ovulation has occurred, which is particularly helpful for women tracking their ovulation cycle.

Further, the Apple Watch Series 8 comes with a two-sensor design that has one sensor on the back of the watch, which is nearest the skin, and another just under the display to reduce bias from the outside environment. 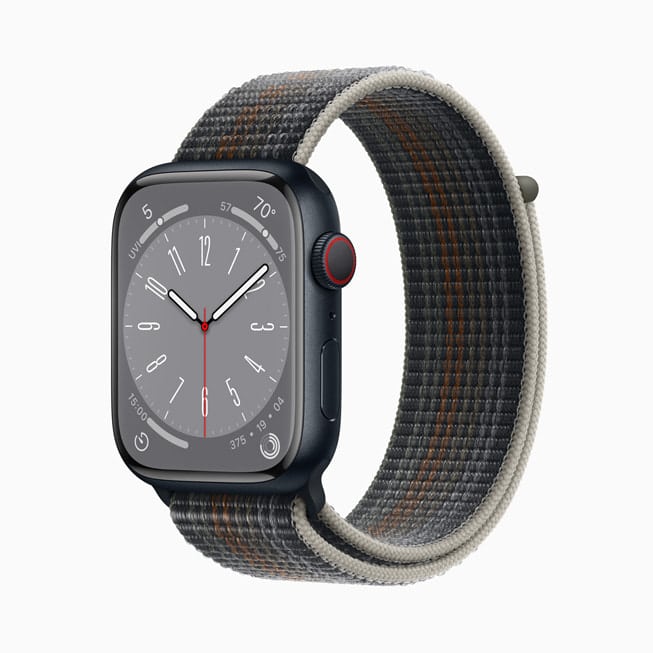 Moreover, Crash Detection leverages an advanced sensor-fusion algorithm that can detect and deliver accurate car crash alerts, and if a user is unresponsive after a 10-second countdown, will dial emergency services and emergency contacts.

The latest watch comes with a large, always-on retina display, and offers up to 18 hours of battery life under normal circumstances, and up to 36 hours on a full charge with the Low Power mode enabled.

It will also come with the old Watch Series and above, with WatchOS 9. It is durable, dustproof, swim-proof, and crack-resistant.

The aluminum model of the Apple Watch Series 8 is available in four colors: Midnight, Silver, Starlight, and Red, while the stainless steel Series 8 comes only in Silver, Gold, and Graphite.

Also, the larger 45mm model is available for $429 with GPS and $529 with cellular connectivity. With the purchase of the Apple Watch Series 8, the company is also offering a free subscription to Fitness+ for three months.

The Apple Watch SE (2nd Generation) resembles the Watch Series 8 and brings many of the new features of the Series 8 including Crash Detection, an activity tracker, an optical heart rate sensor, fall detection, and an emergency SOS feature.

However, it does not include some key features like a body temperature sensor.

It is equipped with a Retina OLED display, as well as a faster S8 processor, which Apple claims is 20 percent faster than the previous generation.

The wearable features a redesigned matching back case made of a nylon composite material, making it lighter than ever. 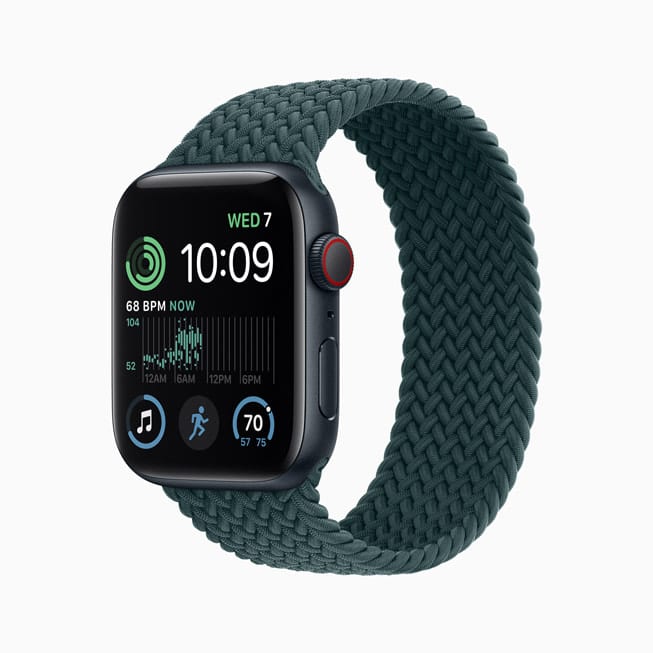 With Apple’s Family Setup feature, family members who don’t have their own iPhones can enjoy the features and benefits of the Apple Watch. It is water resistant up to 50 meters.

The new Apple Watch SE is available in aluminum cases in Midnight, Starlight, and Silver color options. It is priced at $149 for the GPS variant and $299 for the cellular variant.

However, this price would increase depending on whether you choose the 41mm or 45mm version.

It comes with a 49mm dial that features a sapphire crystal screen and is made up of titanium, which the Cupertino giant claims to be more skin-friendly as it causes less irritation.

Further, the Apple Watch Ultra delivers the most accurate GPS of any Apple Watch to date, providing users the most precise distance, pace, and route data for training and competing.

It comes with a dual GPS that works in areas with low cellular connectivity, which could be helpful in hiking and other activities. 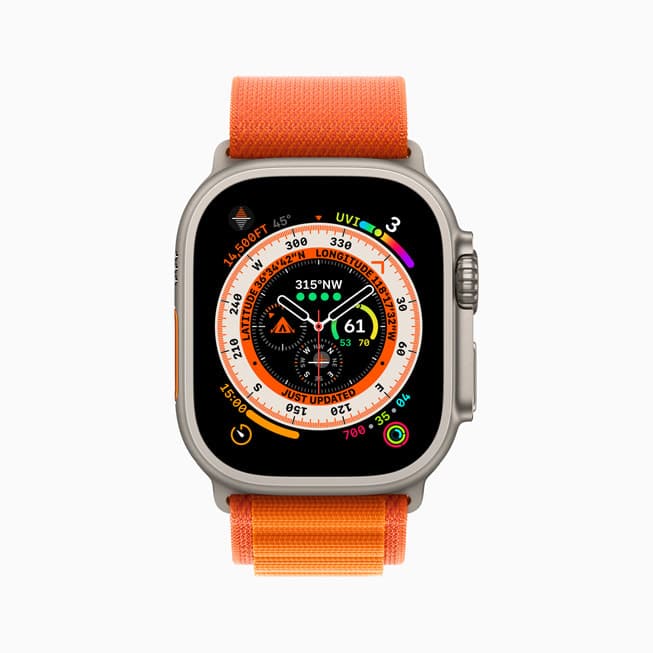 Users will also experience a new “Wayfinder” watch face that features a lot of information, including a compass built into the dial, with space for up to eight complications.

In addition, it has a WR100 rating, which means you can dive with your smartwatch as deep as 100ft inside the water. It also has an automatic built-in depth gauge.

Lastly, Apple Watch Ultra includes all of the connectivity, activity, and health features, from heart rate monitoring and the ECG and Blood Oxygen apps to Activity rings and Mindfulness, along with additional health, safety, and navigation features.

The Apple Watch Ultra costs $799 for a cellular model that comes with the Alpine Loop, Trail Loop, or Midnight Ocean bands.

The wearable is available for pre-order now, with shipping beginning Friday, September 23.