All though the blog post was removed soon after the attack. but it surely took a lot of time to recover those twitter accounts. 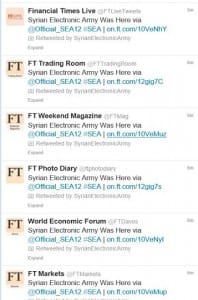 A spokeswoman from the Financial Times confirmed the hack this afternoon and said the organization was “working to resolve” the problems “as quickly as possible”.