If you are using the Apple’s iMessage and think your messages are safe?  Actually Apple may have access to your chat messages. Though Apple claims that claims that chats on iMessage are completely secure because they are  totally encrypted, researchers have claimed that it is possible for your messages to be intercepted.

This was brought to light by Macworld at the Hack in the Box conference at Kuala Lumpur.  Macworld said that Apple may by acts of force by US government or by its own violation, be able to intercept each and every message.
You may have read that when PRISM and other programs of the NSA were leaked by Julian Assange of Wikileaks, Apple had claimed that it did not have the ability to read messages as iMessage offered “end-to-end encryption so no one but the sender and receiver can see or read them.” It added, “Apple cannot decrypt that data.”
But this claim was rebuffed by Cyric Cattiaux.  Cyric who used to be a developer for iOS and currently works for the penetration testing and reverse engineering company Quarkslab and said that Apple’s claim, “just basically lies.”
“Yes, there is end-to-end encryption as Apple claims, but the weakness is in the key infrastructure as it is controlled by Apple: They can change a key anytime they want, thus read the content of our iMessages,” reads a blog post by Cattiaux.   In simple non geeky language when an Apple user sends an iMessage using Apple device to another one, the keys are managed by a directory called the ESS server instead of exchanging the encryption keys directly like most applications end up doing.  And the keys are under the control of Apple which can easily manipulate the keys.   It can essentially intercept a message and unlock it using the recipient’s key, read it, pack it back and send it to the intended recipient without either the sender or the receiver ever knowing what has happened.
So next time you send a message or chat on iMessage on your Apple device, dont be under the impression that it is as secure as Apple claims. 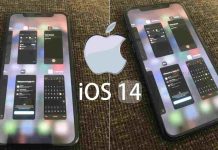