TechWorm
Home Hacking News
Facebook
Twitter
Pinterest
WhatsApp
If you all though that the feared Stuxnet virus which hit headlines earlier this year for infecting the Iran’s Nuclear Program is dead and buried you are wrong.  As per an extensive study carried out by security research firm specialising in the Stuxnet study, KLEISSNER & ASSOCIATES, the virus is still active and very much as devastating.
The report points out that over a total of 1274013 infections were noticed as of 13th December, 2013.  The surprise part of the study is that most of the IPs,  417206 unique IPs belong to the Islamic Republic of IRAN.    The report also gives a graphic of the infections world over.  In this graph we see that Stuxnet is still very much active and running.

If we study the Pie Chart depicting the infection of IPs in Iran we can note that Stuxnet is not in the picture as a major infection. 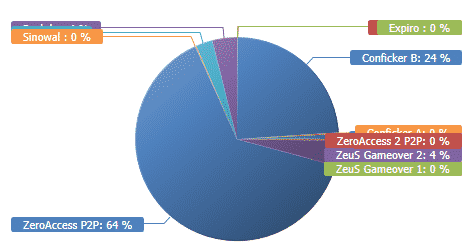 While the graph of Stuxnet infections the world over is given below :