TechWorm
Home Announcement
Facebook
Twitter
Pinterest
WhatsApp
According to secret document retrieved by Edward Snowden it states that Canada’s Electronic spy agency used information from the free Internet Service provided by major Canadian airport to track the wireless devices of all the airline passengers for many days after they left the airport terminal.

Ronald Deibert said that “I can’t see any circumstance in which this would not be unlawful, under current Canadian law, under our charter, under CSEC’s mandates” 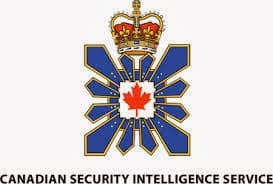 As CSEC chief John Forster stated that they are not spying or targeting on anyone or any Canadian home user. But CSEC told that they are collecting signals to protect Canada and Canadians and collect all this data CSEC is legally authorised to collect and analyse Metadata.

Metadata reveals the information about location, telephone numbers of all calls which is considered as private communication. No Canadian communication ever collected or used.

In Airport tracking operation the Metadata identified traveller’s Wireless device, But not the content of calls made or emails sent.

The document indicates that the passenger tracking operation was a trial run CSEC was developing the software with help from National Security Agency U.S. The document does not explain that how does Canadian spy service managed to get data of visitors. But there are indications that the service was provided by special sources.

Canada’s major airport officials says that they have never supplied any information to CSEC. Airport official says that they provided free Wifi service to all passengers but they did not store any personal data and they never received any request from any Canadian intelligence agency.