TechWorm
Home Hacking News
Facebook
Twitter
Pinterest
WhatsApp
If you remember, back in the month February, 2014 there was a large scale hacking of online retail giant Tesco’s website, during which, the hackers were able to steal about 2200 genuine Tesco customer ids, passwords and the vouchers that were available in their accounts. The list of vouchers available was published by the hackers on Pastebin which has since been removed.
At that point it was assumed that those vouchers would be sold on the dark web sooner or later.  Well, the vouchers have appeared on the ebay of drugs, the Silk Road 2.0, and they are selling at a brisk pace.  The screenshot captured from the dark web shows that the hackers are selling the £100 for $ 80.75 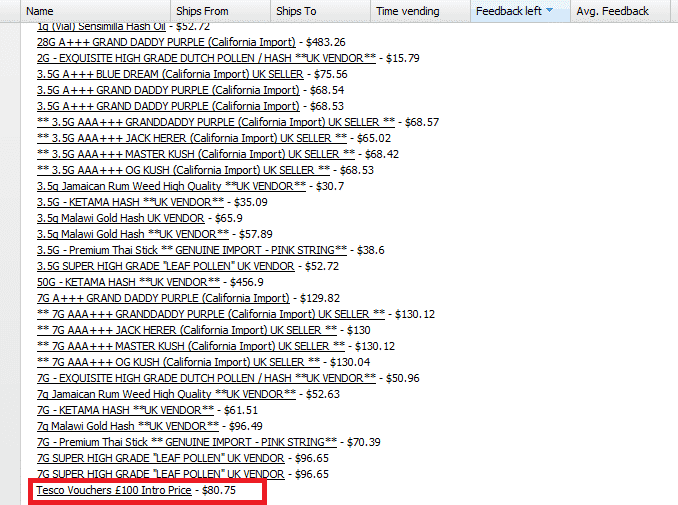 A news report on the Guardian suggests that the hackers are selling this £ 100 Tesco vouchers for £ 43.00.  As per the Guardian,

The dark web Chat forums suggest that these Tesco vouchers are actually No.2 in the sales record just behind the No. 1 ***Superman XTC Pill***. 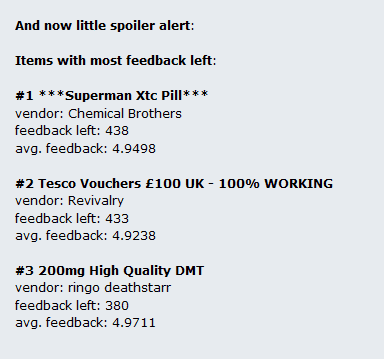 This screenshot suggests that these £100 Tesco vouchers are very much in demand.  One potential buyer queries whether they could be found out if they used the vouchers. “I’m sure Tesco would notice if someone is ordering all their food with only 50-100 pound vouchers,” they write. “I tried it, I bought £100 from Revivalry (vendor on SR) around Christmas time, it worked in store not sure about online never bought online vouchers,” another replies.

Tesco insists none of its customers will lose out as a result of the fraud. A spokeswoman said: “We have referred the matter to the police and will assist them with their inquiries.”