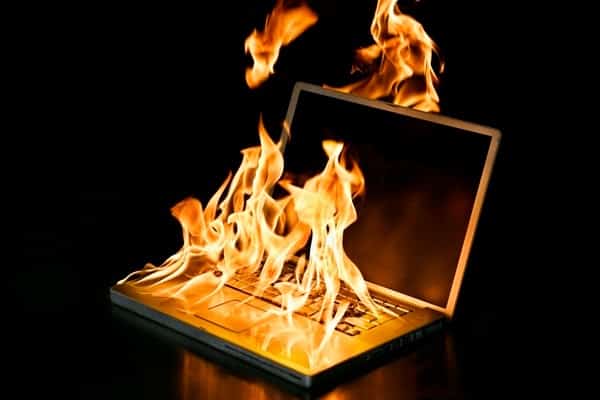 Tokyo, 11th April: Sony Corp issued a warning to its user to not to use its recent launched Vaio Fit 11A Laptops which was launched in February this year, saying there is a risk that the battery made by Panasonic Corp would catch fire and ensuing damage.

Sony said it had received three reports of batteries overheating causing partial burns to Vaio computers. The first incident was in Japan on March 19, followed by a incident on March 30 in Hong Kong and April 8 in China.

Sony said  it had shipped 25,905 of the Vaio Fit 11A in 52 countries since its launch. however with the knowledge of Vaio Fit 11A being a fire risk, they have stopped selling the product from start of April 2014 till the issue is resolved.

The model Vaio Fit 11A is said to be FINAL version of Vaio series to be marketed by Sony as company already confirmed earlier in February that they will be selling the Vaio PC division to a Japanese investment fund. The company will also be splitting its TV division into a separate unit to overcome the ongoing losses.

Panasonic Corp the manufacturer of the batteries also conformed that they have provided the battery for the said Model of the Sony Vaio Fit 11A but didnt find any fault in their batteries but rather blamed it on the local climate for the fires “Batteries are customized according to clients’ requirements and differ depending on client”. “Panasonic hadn’t heard of any problems with batteries supplied to other clients”, said a Panasonic spokesperson.

This is not the first time when Sony faced problems with its laptops, in 2010 the company had recalled about 535,000 Vaio laptops world-wide due to a temperature-control defect that may cause excessive heat and distort the shape of the laptop.