TechWorm
Home Hacking News
Facebook
Twitter
Pinterest
WhatsApp
The premier Assad regime backers and Syrian hackers group,  Syrian Electronic Army ,yesterday hacked and defaced official blog of Israel Defense Forces. The Israel Defense Forces (IDF; Hebrew: Tzva Hahagana LeYisra’el) which is more commonly known in Israel by the Hebrew acronym Tzahal (??”?), are the military forces of the State of Israel. They consist of the ground forces, air force, and navy. It is the sole central military command centre and wing of the Israeli security forces and have been a target of anti Israeli and anti semitic forces in the past.

The hacked blog was showing a deface page with a message in Arabic, warning the Israeli Government

The Israeli govt commits war crimes on a daily basis, towards the Palestinians and is the biggest violator of Human Rights. in addition to the Palestinian case the message was also to warn Israel of the attacks which they carried over Syrian Military sites. 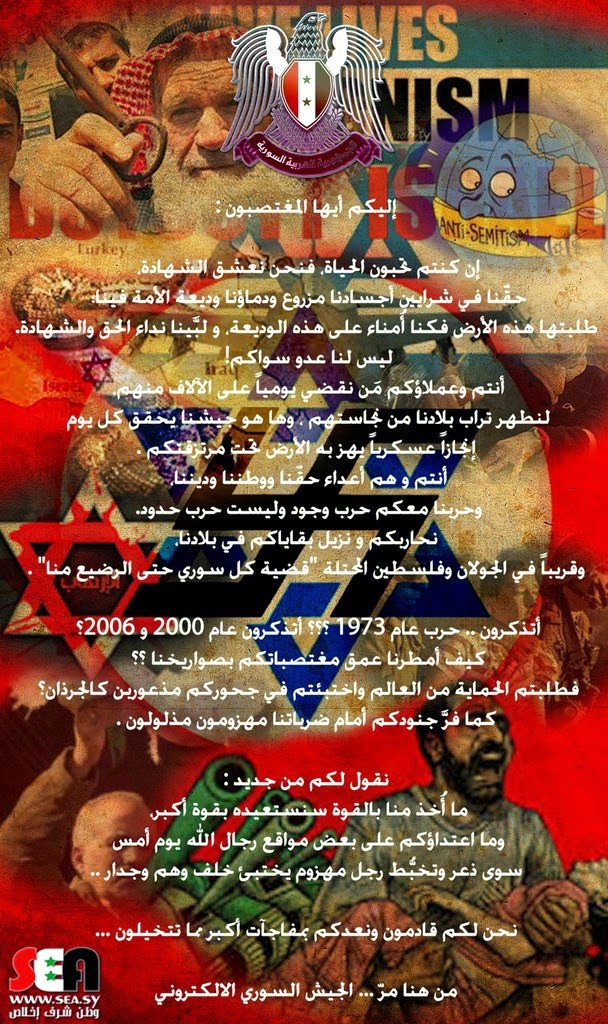 It is still unknown how the attack was carried on.  The Israeli Defence Force has neither confirmed the attack nor  have any IDF officials commented over the hack. But keeping in view older hacks of SEA it could be spear phishing attack.

Techworm will bring you updates about this hack as news flows in.