TechWorm
Home Hacking News
Facebook
Twitter
Pinterest
WhatsApp
In May 2014, the US Department of Justice charged five Chinese military hackers for economic cyber espionage against US businesses.  It was believed at that time by the authorities that these hackers were officers in 3rd Department, 12th Bureau of Unit 61398 of the Chinese People’s Liberation Army (PLA). When the State Department raised the issue, the, the Chinese government stated on record, that the claims were “absurd” and based on “fabricated facts.” China also said “The Chinese government, the Chinese military and their relevant personnel have never engaged or participated in cyber theft of trade secrets.” 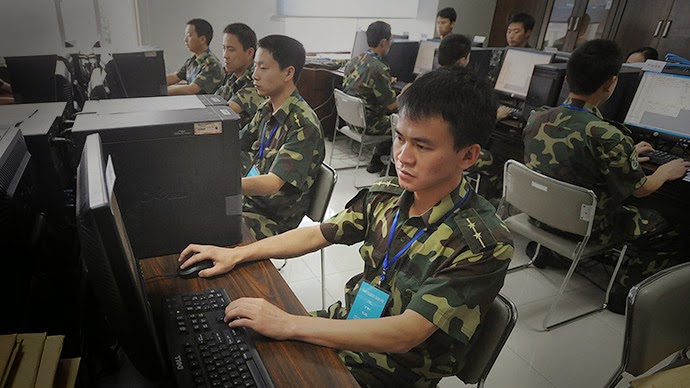 Now Crowdstrike,  a US security firm has published a blog post accusing the Chinese government of conducting a sophisticated cyber espionage campaign against US and European businesses. This revelation will further strain the already strained relations between the two nations. The report published by Crowdstrike reveals its research into a malware called ‘Putter Panda’ that was found spying on high-tech firms involved in space, aerospace and communications industries.

Crowdstrike said that the hackers attacked the US and European businesses through popular business tools such as Adobe Readers and Microsoft Office to deploy customised malware via email. Crowdstrike CEO George Kurtz says that US was right to file charges against the Chinese government based on its above findings.

China’s foreign ministry dismissed the Crowdstrike’s allegations and repeated the line that the US is far more guilty of cyber hacking than China.

“The United States cannot pretend that it is the victim. They are a hacker empire. I think everyone in the world knows this,” spokeswoman Hua Chunying said.