TechWorm
Home Hacking News
Facebook
Twitter
Pinterest
WhatsApp
Every time the Hamas fires a Rocket towards Israel, the Iron Dome swings into action bring the Rocket down before it can cause any casualty. The real protector of Israel is rightly the Iron Dome as Hamas has on record been firing 200 rockets a day into Israeli and Iron Dome has succeeded in bringing down at least 75 % of those. But according to Columbia, Md.-based threat intelligence firm Cyber Engineering Services Inc. (CyberESI), Chinese hackers breached the website of companies behind the Iron Dome  between Oct. 10, 2011 and August 13, 2012 and stole vital intelligence data. The attackers who were thought to be operating out of China hacked into the corporate networks of three top Israeli defense technology companies, including Elisra Group, Israel Aerospace Industries, and Rafael Advanced Defense Systems. 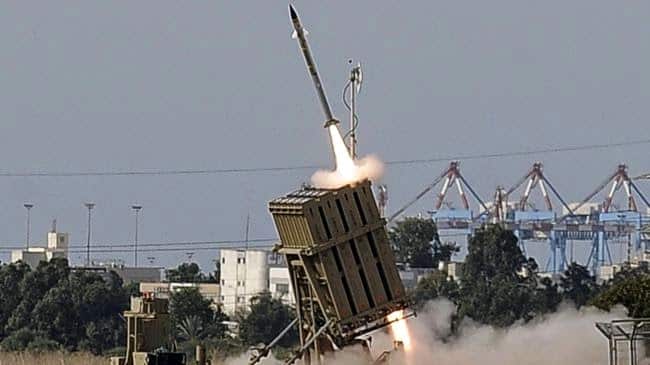 CyberESI determined the hackers by tapping into the secret communications infrastructure set up by the hackers and also came to know that the hackers had exfiltrated large amounts of data from the three companies. Most of the information was intellectual property pertaining to Arrow III missiles, Unmanned Aerial Vehicles (UAVs), ballistic rockets, and other technical documents.
Joseph Drissel, CyberESI’s founder and chief executive, said the nature of the exfiltrated data and the industry that these companies are involved in suggests that the Chinese hackers were specifically looking for information regarding Israel’s all-weather air defense system called Iron Dome.
The Israeli government has credited Iron Dome with intercepting approximately one-fifth of the more than 2,000 rockets that Palestinian militants have fired at Israel during the current conflict.
According to CyberESI, IAI was initially breached on April 16, 2012 by a series of specially crafted email phishing attacks. Drissel said the attacks were done by a collective known as “Comment Crew.” This Comment Crew is supposed to a state-sponsored hacking group associated with the Chinese People’s Liberation Army (PLA) and credited with stealing terabytes of data from defense contractors and U.S. corporations.
Resource : Krebson Security