TechWorm
Home Hacking news
Only days before we had predicted that the Gaza-Israel war would lead to a real and present danger on the cyber world.  As AnonGhost hacked Israeli news paper Haaretz and some other grouping DDoSed Israeli ISP, yesterday the hackers collective, Anonymous claimed to have brought down 10 Egyptian Government websites in solidarity with the Israeli- Hamas Gaza war victims. 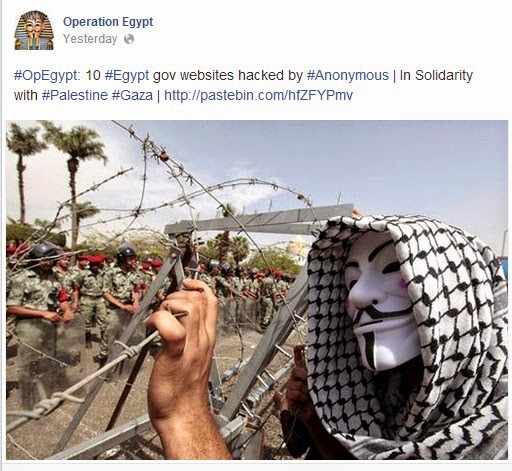 Bill Gate Reveals Why He Prefers Android Over iOS