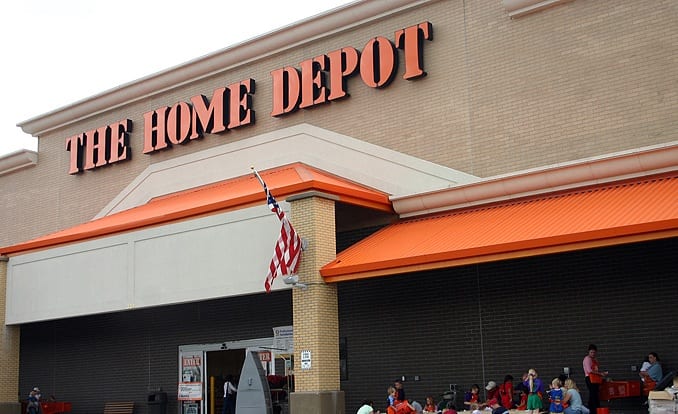 Home Depot confirmed on Monday that hackers had broken into its payment systems that could affect millions of shoppers who used credit and debit cards at its more than 2,000 U.S. and Canadian stores.

The retailer did not say the exact number of customers affected, but investigators suggest that the breach could be biggest in history of any retail chain data breach and could possibly cross over with 60 Million customers payment card data being compromised which also crosses the last years Target Data breach that affected 40 million cardholders.

The possible Home Depot data breach was first reported by Cyber security Researcher Brian Krebs, it took more than a week for the Home Depot to confirm the same.

The breach may have affected any customer at Home Depot stores in the United States and Canada from April to early last week, said Paula Drake, Home Depot’s spokeswoman. Customers at Home Depot’s Mexico stores were not affected, nor were online shoppers at HomeDepot.com. Personal identification numbers for debit cards were not taken, she added.

“We apologize for the frustration and anxiety this causes our customers, and I want to thank them for their patience and support as we work through this issue,” Chairman and CEO Frank Blake said in a press release.

The Company said its IT department is also looking into the breach and is working with outside firms, its banking partners, and the U.S. Secret Service. It added that Home Depot will be providing free identity protection and credit-monitoring services to customer’s who had used a payment card at any of its affected stores.

It came into finding by the investigators that a Malware was used at its POS (Point of Sales) Terminal at around 2,000 U.S. and Canadian stores. to overcome any similar attack in future the company has announced that it plans to have chip-enabled checkout terminals at all of its U.S. stores by the end of this year.

Home Depot is latest to be added to the list of retail chains affected by a Data Breach,  Earlier Target,  Neiman Marcus, grocer Supervalu,  P.F. Chang, Dairy Queen,  Goodwill, and several others were effected by similar data breach.

Home Depot’s stock price has already started falling down ts shares are down about 3 percent since Tuesday, and they fell 42 cents to $90.40 in Monday aftermarket trading.