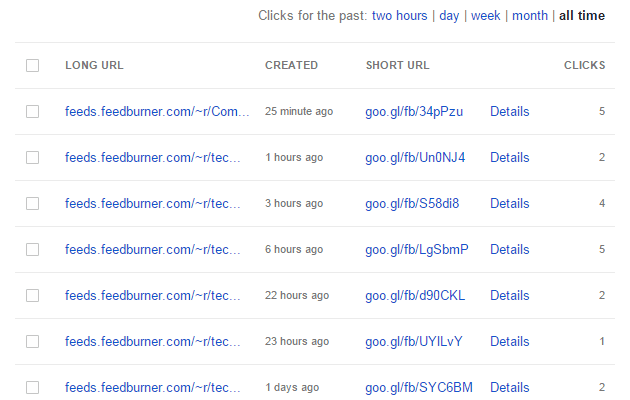 The Security advisory for Goo.gl/fb states as follows :

What is the current listing status for goo.gl/fb?
Site is listed as suspicious – visiting this website may harm your computer.

Part of this site was listed for suspicious activity 1 time(s) over the past 90 days.

What happened when Google visited this site?
Of the 1438 pages we tested on the site over the past 90 days, 149 page(s) resulted in malicious software being downloaded and installed without user consent. The last time Google visited this site was on 2014-10-24, and the last time suspicious content was found on this site was on 2014-10-24.
Malicious software includes 13 trojan(s), 3 scripting exploit(s). Successful infection resulted in an average of 1 new process(es) on the target machine.

35 domain(s) appear to be functioning as intermediaries for distributing malware to visitors of this site, including feedburner.com/, finanstek.net/, tracksite.us/.

How did this happen?
In some cases, third parties can add malicious code to legitimate sites, which would cause us to show the warning message.

Though exact causes are not known but Google blocking its own link shortening service is nothing short of a irony. Techworm is waiting for a comment from Google to know whether this is a genuine blockade for malware or some software glitch in its search algorithm.

Next steps:
Return to the previous page.
If you are the owner of this website, you can request a review of your site using Google Webmaster Tools. More information about the review process is available in Google’s Webmaster Help Centre.

Surprisingly when this author made a shortcut of the Facebook page of Techworm in the Google Link Shortener service, the resultant shortened URL > https://goo.gl/lWaUKl was not marked as malware. From the looks of it, this looks like a big software glitch on Googles part.

This article is based on a tip provided by Missy Cook of Thedri.com