After the dramatic raid which took place two months back on the infamous pirate bay by Swedish police which took them offline was certainly a rapid action on The Pirate bay. It had an impact on its raid proof reputation while the torrent site rose from the ashes two weeks ago with its databases largely intact.

The resurrection must’ve been a blow to Swedish authorities; action against torrent sites is far from over. Investigation into The Pirate Bay and former operator Fredrik Neij is in process, while the police have struck again in the notorious torrent site’s backyard. This case is similar to December’s raid, where local authorities where providing a bare minimum of details.

Mats Ljungqvist, a prosecutor said “We have made ??significant seizures, but I will not say more than that.” 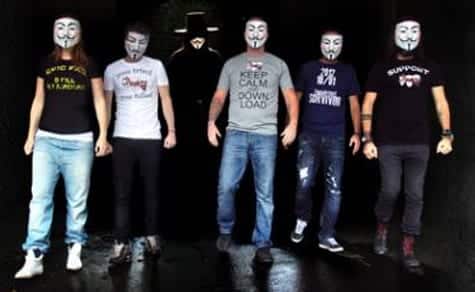 The police arrested five people and took them in their custody under suspicion of being involved in the unlawful distribution of copyrighted movies. While it’s yet had to be confirmed, that the investigation will almost certainly have been launched at the behest of the major Hollywood studios and local anti-piracy group Rights Alliance.

Tankafetast, Sweden’s second largest torrent site is the most affected.  The site has been targeted and hit at least a couple of times, but has always managed to reappear.  But this time the situation seems worse.

Other sites which are targeted include PirateHub and streaming portal Tankefetast Play. The latter is currently redirecting to the same political site as its namesake.

Since an investigation into PirateHub is in process, Ljungqvist had not made it clear whether equipment such as servers had been seized in the latest operation. When quizzed about the downtime of the sites listed above, however, the prosecutor said that they’d been disabled by their operator. 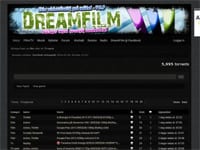 Ljungqvist in a blog said that “It is not us who have taken down the sites; it is they themselves who did so in order to prevent further crime.”

If that is indeed the case, the development has clear parallels with the news last week concerning streaming portal DreamFilm.se. However the operators of that site reported that since one of their admins was arrested the site did a deal with police to close down voluntarily.

According to IDG, the prosecution in the case has now filed a motion at the district court in Linköping for that domain name to be forfeited.While that is not going to stop all, with some admins leaving to start a new venture with a similar name, it’s possible that the replacement URL won’t be reported on the old DreamFilm.se homepage for long.

Reportedly, two Pirate Bay domain names are also under threat, with authorities targeting the Punkt SE registry with pioneering legal action to have the domains revoked and/or seized by the state.