Apple launched its Battery Replacement program in August when it found that a “very small percentage” of  iPhone 5 handsets sold between September 2012 and January 2013 and which belonged to a particular series has some issues with its battery. Apple also announced that till 1st March 2015 the handsets can be exchanged at an Apple Store or by an authorized service provider. However, this replacement program has now been extended by Apple till January 2016.

For all the users who are facing default battery issues in their  Apple iPhone 5  handsets, which was bought between September 2012 to January 2013 and which falls within a particular specified series, it is advisable to check on the Apple’s official website: iPhone 5 Battery Replacement Program Website, if they are still eligible for a battery replacement as Apple has extended this replacement program till January 2016.

You May Also Like: User suffers third degree burns after an iPhone explodes in his pocket 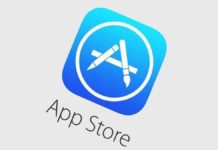