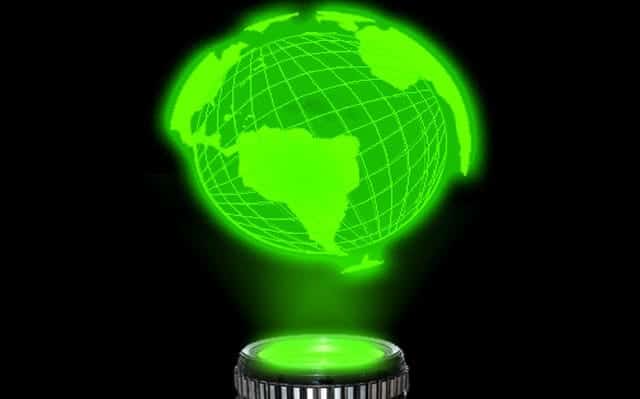 However, now for the first time in a recent study the Austrian researchers have been able to show that this holographic principle holds true for a much more realistic model of our cosmos.

It was during 1990s that physicist Leonard Susskind proposed the hologram principle and way back in 1997 physicist Juan Maldacena was the first one to put forward this unusual theory of  Holographic and two dimensional Universe. Maldacena was able to prove this theory in equations that sort of partially explained our Universe. As per Maldacena the gravity arises from thin, vibrating strings which exist in form of 10 dimensions. For the last two decades scientists have been working on this principle and a vast number of paper work has been done to prove this principle.

In the year 2011, a physicist from Columbia University, Brian Greece, wrote: “The work culminated in the last decade, and it suggests, remarkably, that all we experience is nothing but a holographic projection of processes taking place on some distant surface that surrounds us.” He also added: “You can pinch yourself, and what you feel will be real, but it mirrors a parallel process taking place in a different, distant reality.”

Basically we can try to understand this complex holographic theory by taking the example of the security chip on a credit card, the chip has a two dimensional surface however our eyes cannot see these surfaces though it contains all the information that is needed to accept the card. On the similar lines our Universe is actually a two dimensional surface which has all the information to describe the three dimensional Universe.

Thus as per the researchers whatever data is required to describe a 3D object is actually embedded on the flat surface and this is the “real” Universe which is only two dimensional that has all the details of the 3D version of the Universe and due to the holographic effect the Universe does appear to be a 3D object to our eyes.

Maldacena actually discovered that the mathematical descriptions of the Universe requires only fewer dimensions and hence he landed on this theory. However, until now there has been extensive studies of this principle under exotic spaces also known as ‘curved anti-de-Sitter spaces’ with negative curvature.

‘Anti-de-Sitter spaces’ are negatively curved and any object thrown away on a straight line will eventually return.

Scientists came up with the theory of ‘anti-de-Sitter spaces’ to give a combined description of three spatial dimensional gravitational phenomena and two spatial dimensional quantum particles. Scientists further researched the negatively curved spaces and ultimately they concluded that these two phenomena can be mapped on to one another.

The actual problem faced by the researchers was that the negatively curved spaces are theoretically good to work however in reality these spaces are totally different from the spaces in our Universe.

Our Universe is a two dimensional flat surface and on astronomic distances it has positive curvature and not a negative one.

The latest theory that the physicists at the Vienna University of Technology (TU Wien) proposed states that the holographic principle does work in a flat spacetime along with the theoretical regions with negative curvature.

Daniel Grumiller, from TU Wien (Vienna) said: “Juan Maldacena proposed the idea that there is a correspondence between gravitational theories in curved anti-de-sitter spaces on the one hand and quantum field theories in spaces with one fewer dimension on the other.”

The TU Wein researchers took three years to test this latest theory wherein they created gravitational equations that would work in flat space and does not require the exotic spaces .

Grumiller concluded: “If quantum gravity in a flat space allows for a holographic description by a standard quantum theory, then there must by physical quantities, which can be calculated in both theories – and the results must agree.”

Researchers further mentioned the “quantum entanglement” which is one of the major feature of the quantum mechanics. Whenever the quantum particles are entangled it is difficult to describe them individually because they would form a single quantum object even though they may be located far away from one another in reality. This entanglement can be measured in the quantum system and this is known as ‘entropy of entanglement’.

Now, researchers measured the amount of entanglement in flat quantum gravity model as well as in a low dimensional quantum field theory and they concluded that this entanglement takes the same value in both the cases.

Max Riegler also of TU Wien said: “This calculation affirms our assumption that the holographic principle can also be realized in flat spaces.” He further added: “It is evidence for the validity of this correspondence in our universe.”

Grumiller said: “The fact that we can even talk about quantum information and entropy of entanglement in a theory of gravity is astounding in itself, and would hardly have been imaginable only a few years back. That we are now able to use this as a tool to test the validity of the holographic principle, and that this test works out, is quite remarkable.”