Festo wanted to replicate the unusual anatomy as well as the collective intelligence of the real world ants’ and hence created the giant Bionic ANT.

German technology firm Festo has developed Robotic Ants which could probably be the future of the factory production systems. These Bionic Ants are almost the size of a human hand measuring 5 inches in length, 6 inches width and 1.5 inches height.  Real ants have a delicate body structure and they always display their team work to achieve common goals. Festo developers seem to have been fascinated with these qualities of the little creature as they have tried to incorporate these qualities into the intelligent cyborg ants. 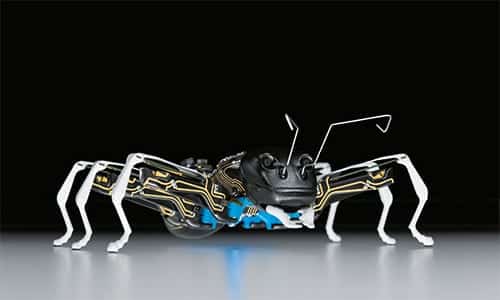 Moreover, these are called Bionic ANTs wherein ANT stands for Autonomous Networking Technologies. As per Festo the basis of future production systems would depend on the intelligent individual components which would readily adjust themselves to different production demands by communicating with each other. The wireless Bionic ANTs can communicate with each other using their wireless systems and hence easily adapt themselves to the wavering production environments. Along with this the robotic ants act intelligently exhibiting the co-operative behavior of the little creature using the complex control algorithms. The Bionic ANTs were able to do the complex tasks like transporting large and heavy loads by working together which would not have been possible if they were working individually. 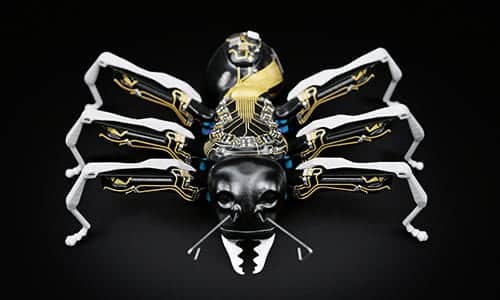 Festo says that the body has been structured in an unique way combining the 3D printed plastic powder body which has been melted by using laser and the 3D printed circuitry. Further the Robotic ant has a stereo camera and a floor sensor which together help the cyborg ant to move towards the particular object and further there are grippers at the front portion of its head which helps the robot to grab the particular object. There is a radio module placed in its abdomen which helps in wireless communication of these robots. Just like the real ants these robotic ants have been provided with six articulated legs. ‘Piezo technology’ this has been for the first time used for the creation of the ceramic legs and pincers (sort of tongs) which are very much flexible and act like actuators helping the creatures to move much faster with the utilization of very less energy. The antennae acts as chargers for the lithium batteries that helps in the movement of the cyborg ants. The cyborg ants just need to lean their steel antennae feelers against a charging station and they get recharged, indeed a smart act by the robots.

Transferring the natural phenomena to the modern equipment are part of Festo developer’s Bionic Learning Network. Bionic ANT is also one such experiment wherein Festo wanted to replicate the unusual anatomy as well as the collective intelligence of the real world ants’ into the engineering techniques and equipment. Festo says the main aim at creating the algorithm controlled Bionic Ant army was “to demonstrate how autonomous individual components can solve a complex task together, working as an overall networked system.”

The exact release data has not yet been revealed however it seems Festo plans to unveil its Robotic ants at Hannover Messe, the world’s biggest industrial technology fair which will be held in the month of April.