Taking Screenshots on iPhone 6/6 Plus, Android, Windows Phone made easy

Taking screenshots is one of the important features we users require either to send it across to friends for troubleshooting or for just conveying the highest scores scored by user and harping about it. Taking screenshots is mostly easy on all smartphones like those running on Android 5.0 or iPhone 6/6 Plus or Windows Phone but it is a bit difficult for smartphones running on Android 2.3 and below phones.

We start of with taking screenshots on iPhone. Apple has made a bit of alteration in iPhone 6 and iPhone 6 Plus and have moved the sleep/wake button to a new location, but you can still take screenshots as easily as ever. As with all smartphones, Apple too doesnt tell you how to take a screenshot but it is simple matter of touching the combination of two buttons at the right time.

To take a screenshot with your iPhone or iPod Touch, press and hold the sleep/wake button and then click the Home button. You can do it the other way around, but if you’re trying to take a screenshot of your Lock screen, Touch ID will be triggered and mess up your screenshot. 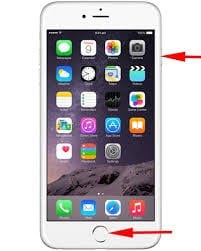 If you do it correctly the screen will flash and you’ll hear the camera shutter sound that the Camera app makes when you take a photo. Once done, visit Recent Photos to check out the screenshot.

How to take a screenshot on Android Ice Cream Sandwich, Jelly Bean and KitKat: Galaxy S3/S4/S5, HTC One, Xperia Z/Z1/Z2, Nexus 4/5 and other new Android smartphones.

The easiest way to take a screenshot on Android 4.0 and above is to simply press and hold your smartphone’s power and volume down button at the same time for 1- to 2 seconds. This method works even on Micromax, Xolo and Gionee smartphones in addition to HTC, Xperia, Nexus and other smartphones. 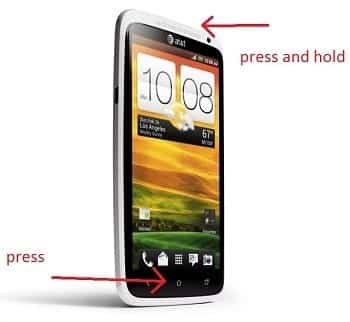 Samsung Galaxy meanwhile requires other technique. On Samsung Galaxy S3, S4 and S5, you will instead need to combine the volume down button with the Home button. You should then hear a shutter noise and the screen will flash; there will also be a screenshot notification in the drop-down notification bar from which you can access your screenshot. 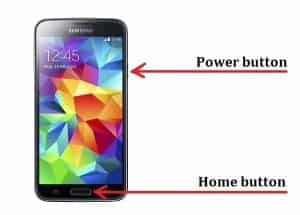 Some Android smartphones come with a built in option in the Power off menu. Press and hold the power button for 1- to 2 seconds until the power options screen appears. If the option is available select ‘Take a Screenshot.’

Android smartphones running on 2.3 and below dont have the above option available therefore either you have to root your smartphone and get the above facility or depend on third party websites like ry the app No Root Screenshot It ($4.99). This application will instruct you to download and install a free desktop application on your Windows or Mac. Once installed, you must run the desktop application with your phone attached to your computer. This will enable screenshots on your phone.

There are many other screenshot taking Apps available on Google Play which you could try but do so only if the reviews for the App are good and if many users recommend it.

On Windows Phone 8.1, just press the Power and Volume Up buttons at the same time to take a picture of your screen. These are automatically saved in the Screenshots album in the Photos Hub.

In the older Windows Phone 8 smartphones to take a screenshot, press and hold Start and Power at the same time