Every time when you are asked a question as to how you are feeling, you try to make up some sort of response in the hope that it would lead to some other conversation.

Our true feelings are the last citadel of ourselves against being fully owned by Google and Facebook as averse to the current holding of their 75 percent stake.

However, feelings now may become known to everyone. It is learnt that Microsoft has succeeded in obtaining a wearable glasses patent that can identify the feelings of anyone that falls in the vicinity of your vision.

The patent is named “Wearable emotion detection and feedback system.” 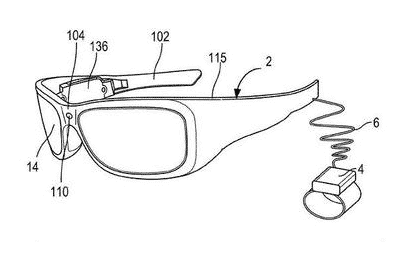 Its theoretical announces that this is “a see-through, head mounted display and sensing devices cooperating with the display detect audible and visual behaviors of a subject in a field of view of the device.”

It’s a lot more obtrusive. The thought behind this is to let you know the opposite person’s feelings like love, anger, hatred, jealousy, etc.

To understand the Science behind this, in Microsoft’s words: “During interactions, the device, recognizes emotional states in subjects by comparing detected sensor input against a database of human/primate gestures/expressions, posture, and speech. Feedback is provided to the wearer after interpretation of the sensor input.”

It’s very inspiring to see how the scientists behind this thought speak of the human race. For example: “Emotions have an important influence in human lives, and can influence psychological and social behavior.”

Well, maybe. Microsoft hopes that with this device one would be able to understand what particular expression may mean different things in different circumstances.

When Chris Matyszczyk contacted Microsoft to ask how real were the prospects of such glasses emerging onto human heads, the company spokeswoman replied: “Microsoft regularly applies for and receives patents as part of its business practice. Not all patents applied for or received will be incorporated into a Microsoft product.”

In future, if you see someone wearing a device, we all would be moving around aimlessly in order to deceive the person to preserve our privacy.