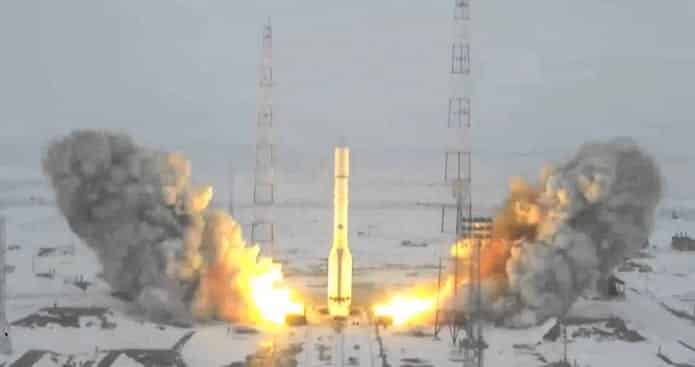 A Russian Proton-M rocket developed malfunction shortly after liftoff on Saturday from its launchpad in Kazakhstan and crashed into Siberia.

The Proton-M was carrying a Mexican satellite MexSat-1 which it was supposed to put into orbit.

The Proton-M failure is second one in two months,  following an April 28 mishap involving an unmanned cargo craft ferrying supplies to the International Space Station.

“An emergency situation in the third-stage engine occurred during a Proton-M launch into orbit,” Roscosmos, Russia’s federal space agency, said via Twitter.

The Proton-M malfunction developed in about nine minutes after liftoff, when the third stage failed to separate and deploy the MexSat-1 communications satellite, Roscosmos reported.

“The Mexican satellite is lost. Launches of rockets of the Proton type will be grounded until the reason is identified,” an unnamed Roscosmos source was quoted as telling Russia’s state-run Sputnik news agency. The officials also told Sputnik that they lost control over the rocket about a minute before the third stage deployment was to happen.

The crashed rocket carried a 5.4-ton MexSat-1 was built for the Mexican government by Boeing Satellite Systems and had been expected to be in service for 15 years.

Sputnik quoted local officials in the Zabaikalsk area of Siberia, near the Mongolian and Chinese borders, as saying there had been no reports of the space debris landing in populated areas.