What is the most spectacular and enchanting moment during a Thunderstorm……..well definitely it is the lightning aspect as it takes maximum attention of the viewers. Sound waves travels much slower from higher altitudes and hence we tend to miss on the beauty of the rumbles that follows the lightning.

It is not only the sound but the energy which is accompanied in this thunder that has been also missed out for a long time.

Researchers from the Southwest Research Institute decided to understand what happens during a thunderstorm; hence they artificially triggered lightning and by capturing the images of the sound waves tried to study the thunder.

For the very first time ever in history an image of the boisterous bang radiating from a lightning was captured by the scientists and this image revealed an enormous energy involved in thunderstorm. Scientists had a basic understanding of the thunder’s origin however this study revealed a more ‘Physics aspect’ to the thunderstorm which they presented at a meeting of the American Geophysical Union held on May 5th.

Lets first try to understand “Lightning”: Basically when the electric charges move within a cloud or between the cloud and the Earth’s surface, this is lightning.

Now let us understand how “Thunder” gets generated: When the charges travels to Earth in the form of lightning it heats up the surrounding air which in turn triggers the release of energy and this leads to a roar or thunder.

Maher Dayeh, a Heliophysicist at Southwest Research Institute in San Antonio and his colleagues created an artificial lightning by firing a long Kevlar coated copper wire into an electrically charged cloud using a small rocket.

The resulting spectacular artificial lightning followed the conductive wire which fell to the ground. The thunder was captured using 15 ultra sensitive microphones which was placed some 95 meters from the strike point.

Below Science News Video has been enclosed for viewers to see the artificial thunder:

During the mapping process, Dayeh and his colleagues were engaged in accurately recording the sound waves. The scientists also recorded the sound waves from different elevations and successfully created a detailed “acoustic map” of the artificially created lightning strike.

Dayeh further says that initially the images just appeared to be a modern art; however later on when it was separated on the basis of sound frequency bands, the images clarified themselves at higher frequencies into an amazing “signature of thunder.”

The scientists also identified the variation in the thunder, when recorded from a place near the strike zone the sound was sharp and cracking sort of; on the contrary from far off it sounded like a rumbling.

It has been observed that lightning strikes the Earth almost a dozen times every second and roughly four million times every day. For a long time scientists have been trying to find a way to capture the 5 billion joules that is contained in a lightning bolt. However, scientists were unsuccessful in their attempts due to the heat generated in this process also it has been seen that the energy within the lightning bolt gets dispersed as it travels towards Earth. 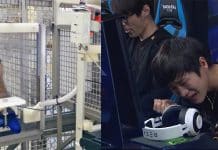 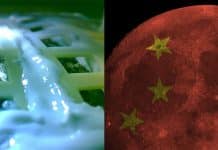 China Grows Plant On The Moon For The First Time