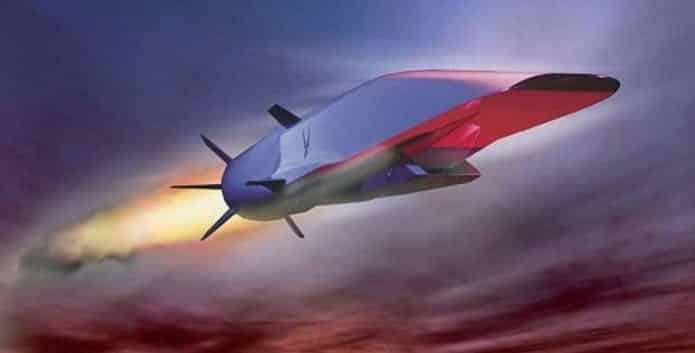 Researchers at U.S. Air Force are building Hypersonic aircraft which can go 5 times the speed of sound

The United Air Force researchers are aiming to build Hypersonic aircrafts which would travel at Mach 5 (i.e. go five times the speed of sound) by 2023. The existence of Hypersonic weapons would definitely transform the essence of modern warfare.

Basically, an aircraft would be considered hypersonic in case if it travels at about a speed of 3,800 miles per hour which is equivalent to five times the speed of sound and generally referred to as ‘Mach 5’.

An aircraft which can manage to run at this speed will be unsafe for travelling of human passengers; however, it can travel across the entire breadth of United States in a time span of half an hour.

Endsley added that besides U.S. Air Force, other countries like China and Russia too are working towards building and testing their hypersonic aircrafts.

Air Force Maj. Gen. Thomas Masiello believes that hypersonic technology is a potential “game changer” and it would definitely transform the way modern warfare is fought. He mentioned this in a conference held last year.

Why is Hypersonic technology or weapon or aircraft so important!!

It is of very much significance because the hypersonic weapons can be launched from much longer distances and these weapons travel at a speed which is virtually not visible till it reaches the target. In other words, these weapons will allow the air force to strike their targets quickly.

Then in May 2013, U.S. Air Force research team conducted their fourth test using the hypersonic aircraft that was named X-51A Waverider. During this test the Waverider was able to reach a speed of Mach 5, however it crashed into the Pacific Ocean, though this was expected by the research team.

Building hypersonic weapon is not an easy task and engineers need to develop new guidance systems and materials so as to overcome the hurdles while developing such a weapon, says Endsley.

Further, he also added that these weapons need to be outfitted with ‘air breather’ booster missiles that can reach the speed of Mach 1 or 2. As of now these are in development and are suppose to be much more efficient in their delivery as compared to the standard missiles.

With the advent of such super fast hypersonic weapon, U.S. Air Force would be able to deliver missiles at a very high speed thus increasing the probability of hitting the high value targets.