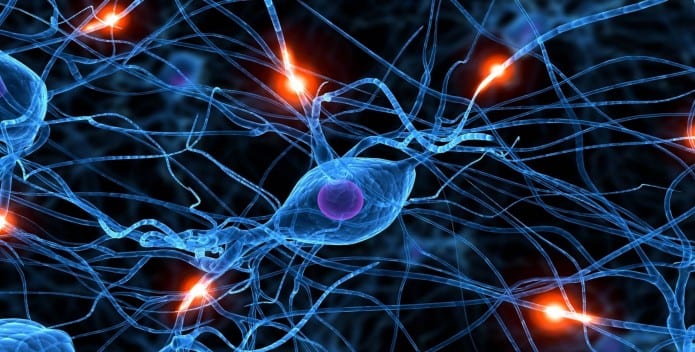 Researchers at the Karolinska Institutet have used organic bio-electronic polymer to create a fully functional artificial neuron which is capable of mimicking and functioning the same way as human nerve cells do.

For first time in the history of Neurology, scientists at Sweden’s Karolinska Institutet have succeeded in building the first “artificial neuron” which can mimic the function of a live human nerve cell. The artificial neuron can translate the chemical signals into electrical impulses and thus communicate with other human nerve cells. Further researchers mention that the device is not only is capable of transmitting electrical signals but also the ionic signals.

The artificial neurons do not contain any ‘living parts’ and is just the size of a finger tip. Scientists are further working to shrink the device so as to get them implanted into humans. Scientists want to develop a new treatment wherein they can replace the damaged nerve cells with these artificial neurons and thus cure people suffering from neurological disorders such as Parkinson’s disease and spinal cord injuries.

During a press release, the lead researcher from the Karolinska Institutet in Sweden, Agneta Richter-Dahlfors, said: “Our artificial neuron is made of conductive polymers and it functions like a human neuron.”

Earlier, scientists have used electrical impulses to transmit information within the cells and thus were able to stimulate the brain cells.

Richter-Dahlfors and her team, connected enzyme based bio-sensors to organic electronic ion pumps, and in turn managed to build an artificial neuron which was able to fully mimic the function of an actual human nerve cell. The team also showed that this novel artificial neuron is able to communicate with organic brain cells which are separated by large distances.

Richter-Dahlfors said: “The sensing component of the artificial neuron senses a change in chemical signals in one dish, and translates this into an electrical signal. This electrical signal is next translated into the release of the neurotransmitter acetylcholine in a second dish, whose effect on living human cells can be monitored.”

The experiment proved that theoretically these artificial neurons could be easily incorporated into the complex biological systems of any live body.

“Next, we would like to miniaturize this device to enable implantation into the human body,” added Richter-Dahlfors. “We foresee that in the future, by adding the concept of wireless communication, the bio-sensor could be placed in one part of the body, and trigger release of neurotransmitters at distant locations.”

She further added: “Using such auto-regulated sensing and delivery, or possibly a remote control, new and exciting opportunities for future research and treatment of neurological disorders can be envisaged.”

The findings of lab trials have been published in the journal Biosensors and Bioelectronics.

In the present scenario, the treatments for neurological disorders relies on traditional electrical stimulation; however the research team hopes that their innovation will make it possible to stimulate the neurons on the basis of specific chemical signals received from the different parts of the body, thus helping physicians to bypass the damaged nerve cells and restore the neural function.

Other hypothetical uses of these artificial neurons could be to use them as extra memory storage or offer faster processing of the brain and much more awesome possibilities can emerge if we actually start thinking on these lines; however for now the research needs to be a success to help people with neurological disorders.