There could not have been a better way to celebrate India’s Independence Day for the astronomy lovers and stargazers, when the country’s very first interplanetary mission, the Mars Orbiter Mission (MOM), streamed 3D images of the Valles Marineris, a 5,000 kilometers long canyon on the Red Planet surface.

Launched on November 5, 2013 from the Satish Dhawan Space Center at Sriharikota in Andhra Pradesh, the Indian Space Research Organisation (ISRO) mission, also known as Mangalyaan, was made on a small budget in comparison to other space missions. Launched at around the same time, NASA’s Maven Mars orbiter mission had cost about $671 million, whereas India’s Mars Orbiter Mission is said to cost about $74 million. 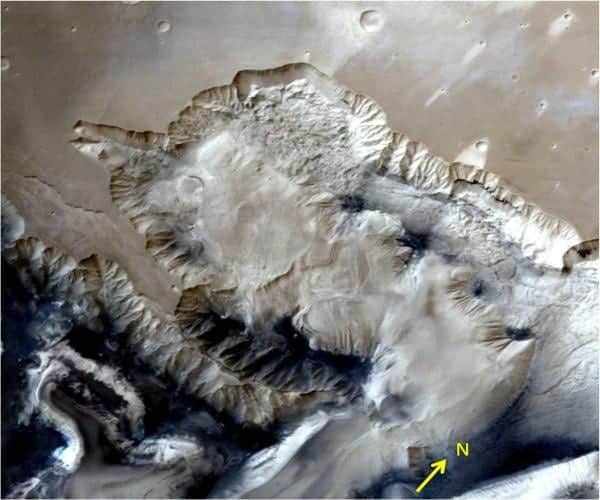 From the time it’s been launched, MOM has gathered something of a cult following and been a success story for the ISRO. MOM reached the Mars orbit on September 24, 2014 and it was successfully inserted into the Martian orbit after a 298-day transit to Mars. Thus, India became the first Asian country to reach Mars and the first in the world to enter Martian orbit in its first attempt and that too at a record cost.

Since the time it has been inserted into the Martian orbit, it has been monitoring the red planet and studying its atmosphere and particle environment. It’s also been carefully studying the surface of Mars, and sending back images taken with its Thermal Infrared Spectrometer and tricolor Mars Color Camera.

Released on the occasion of Independence Day, the 3D images were captured with the Mars Color Camera (MCC) on July 19, 2015, when Mangalyaan was at an altitude of 1857 km from the surface of Mars. It also shows a portion of the Ophir Chasma, a deep canyon about 317km (197 miles) in length and 62km (38.5 miles) in width.

“The word chasma has been designated by the International Astronomical Union to refer to an elongate, steep-sided depression,” the ISRO wrote on its website.

“Ophir Chasma is part of the largest canyon system in the solar system known as Valles Marineris. The walls of the chasma contain many layers and the floors contain large deposits of layered materials. This image is taken on 19th July 2015 at an altitude of 1,857 km (1,154 miles) with a resolution of 96 megapixels.”

Earlier this year, India’s MOM also beamed back high resolution pictures of prominent Martian landmarks including the Aurorae Chaos, a long terrain with irregular flat blocks. The images showed signed signs of fluvial activity, which means that water or similar substances could have flowed there somewhere in the past.

The project’s primary objective is to serve as a demonstration of India’s ability to develop and implement interplanetary space technology simultaneously also targeting at accumulating data from Mars.

Built at the cost of just Rs 450 crores ($74 million), the orbiter still has 39 kilograms of fuel left in the tanks, which could mean a few more years of breathtaking pictures, among other things.

You can visit the ISRO website to check out more photos captured by MOM.