The need of hacking military networks in event of a war is well known and almost all armies in the world have jammers and other equipment to block the communications network. However none of the armies around the world have any full fledged hacking equipment to jam the opposing military’s network and bring down enemies command and control apparatus. And this is what the US Air force seems to be targeting on.

Major General Burke Wilson, commander of the 24th Air Force, a division of the US Air Force that is specialized in cyberspace operations, has revealed a new US Air Force project which involves using an airplane to provide an airborne hacking platform. Major Wilson made the comments at the Air Force Association Air & Space conference in National Harbor, Maryland.

It is well known that all military networks around the world usually use air-gapped systems (without access to Internet connection) to protect sensitive data from being hacked by external actors like hackers or another country’s cyber-army. The only way to hack such military networks is by infiltrating the networks using infected USB drives or infiltrating the network’s local WiFi capabilities from somewhere near in its vicinity.

As per military news website Breaking Defense, US Air Force researchers have modified an EC-130H Compass Call aircraft to perform cyber-attacks on ground-based enemy military networks. The EC-130 airplane is often used by the US Air Force to jam enemy transmissions in war zones.

“We’ve conducted a series of demonstrations. Lo and behold! […] we’re able to touch a target and manipulate a target network, from an aircraft,” said Major General Wilson.  Maj.Gen Wilson also said that the EC-130 could touch even air-gapped networks. Wilson told reporters at the Air Force Association conference here, this flying wireless attack can “touch a network that in most cases might be closed” to traditional means. While he didn’t give details, many military networks around the world are deliberately disconnected from the Internet (“air-gapped”) for better security. 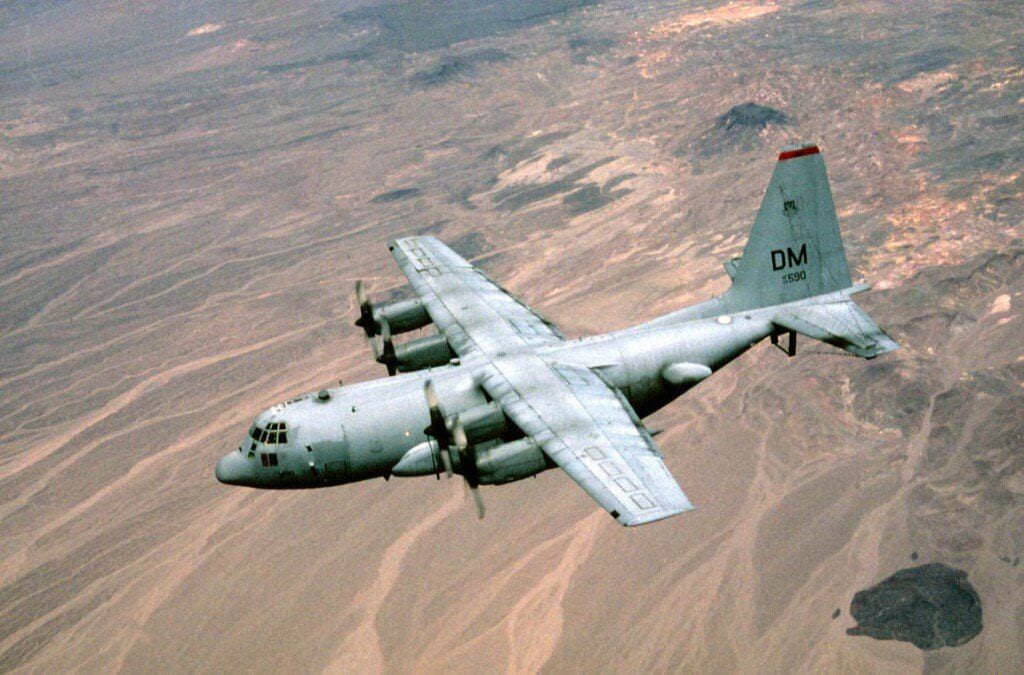 Such hacking has been done before by Israeli military earlier. Israeli aircraft used BAE’s Suter system reportedly hack into the air gapped Syrian air defenses in 2007’s Operation Orchard. The US Navy has been interested in this technology but this is the first time a US Major General accepted that the USAF was working on such a platform.

This means that if the plane tests successfully in the future, the US Air Force will be able to deploy it alongside its air fleet, wreaking havoc with its bombs and viruses at the same time.