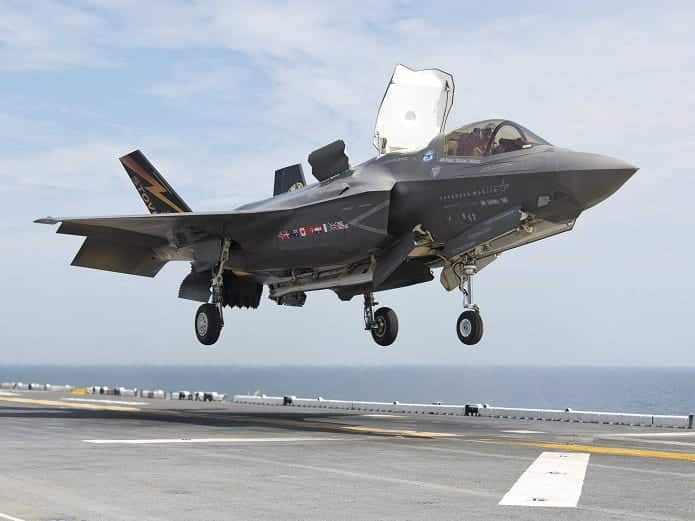 Is the Chinese conspiring against the United States?

Former U.S. National Security Agency contractor Edward Snowden was able to provide documents to the German weekly magazine, Der Spiegel revealing a stunning secret. These documents were confirmation that Chinese hackers were able to seize top secret data concerning the F-35 Lightning II, a joint strike fighter jet. Additional information states that the breach had taken place all the way back in 2007. However, as of right now, a government official belonging to the United States has said that all information belonging to F-35 remains secure.

According to sources, F-35 Lightning II happens to be the most advanced fighter that is currently in production. Experts who are close to the subject of aerial warfare have stated that China’s latest stealth fighter, the J-31, and J-20 fighter jet are variants that were inspired by F-35. This could mean that the Chinese took intricate details from the fighter jet and implemented them on their own fighter jets. According to AVIC Chairman, Lin Zuomin, he had this to say about J-31 if it ever met F-35 in an open air fight:

According to the Snowden files, there are several details that outline the scope of Chinese F-35 espionage efforts. These ranged from acquiring the radar design of the fighter jet, as well as detailed engine schematics. These schematics would most likely enable the Chinese to build a fighter whose speed matched that of F-35 and they could also replicate the cooling system of the engine, to prevent it from overheating even when it was stressed to its limits.

The leaked documents from Snowden also reveal that several terabytes of data related to F-35 joint strike fighter program were stolen, meaning that if the Chinese were actually responsible for the hack, they had sufficient information on their hands to build a fighter jet of their own in order to match the prowess of F-35.

The Chinese government has denied any involvement in these attacks as Chinese Foreign Ministry spokesman, Hong Lei stated the following:

“The allegations are totally groundless and unproven. We, on the other hand, do have documents that show a certain country has a dishonorable record on cyber security.”

If the Chinese are actually responsible for the hack, what is their ulterior motive? To conspire against the United States? Looks like when more Snowden documents are revealed, we will get to know sooner or later.