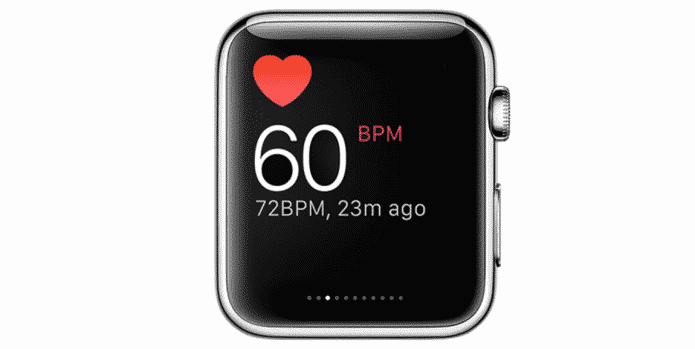 Lawsuits are not new to Apple. It has already lost a number of them but this one is pretty serious charge. A biometrics firm, Valencell has claimed that Apple has stolen its heart rate sensor without any permission nor paying the requisite fees. Valencell has also accused, fitness bands maker, Fitbit of similar offence.

Biometrics firm Valencell has filed a lawsuit against Apple and Fitbit, claiming that some of their products are using its heart rate sensor without paying for a license.

In a lawsuit filed with a district court in North Carolina on Monday, Valencell claims Apple showed interest in its biometric sensing technology in early 2013, around the same time that Apple Watch development was getting underway. Specifically, Apple Senior Partnership Manager Liang Hoe reached out with a partnership proposal for wrist-based heart rate sensing technology, the suit says.

Valencell claims its heart rate monitor is being used on products such as the Apple Watch, the Fitbit Charge HR, and the Fitbit Surge, all of which come with heart activity tracker capabilities.

Valencell explained in the court documents that it actually got in touch with Apple to negotiate a potential deal that would license the heart rate sensor to the Cupertino-based firm, but no agreement was reached.

According to Valencell, these documents were available with a registered account, the firm says, but Apple’s employees used fake credentials to access them. A total of 7 employees have already been identified, it adds, and they’re all working for Apple.

“In or around the summer of 2013, Valencell demonstrated a prototype PerformTek-Powered watch to approximately 15 Apple employees. The back of the watch included a heart-rate monitor that was substantially similar to the Apple Watch. One or more of the Apple employees in attendance was involved in the design and/or implementation of the Apple Watch,” the court documents allege.

In its case against Apple, Valencell is leveraging U.S. Patent Nos. 8,923,941, 8,886,269, 8,929,965 and8,989,830, all of which relate to wearable biometric solutions like the one found in Apple Watch. The case filed with the U.S. District Court for the Eastern District of North Carolina seeks an injunction of sales and damages.

Apple has not yet commented on the issue however Fitbit said that it will fight against the allegations by Valencell. In a emailed statement to us Fitbit stated,

“As the pioneer and leader in the connected health and fitness market, Fitbit has independently developed and delivered innovative product offerings to empower its customers to lead healthier, more active lives. Since its inception, Fitbit has more than 200 issued patents and patent applications in this area. Fitbit plans to vigorously defend itself against these allegations.”