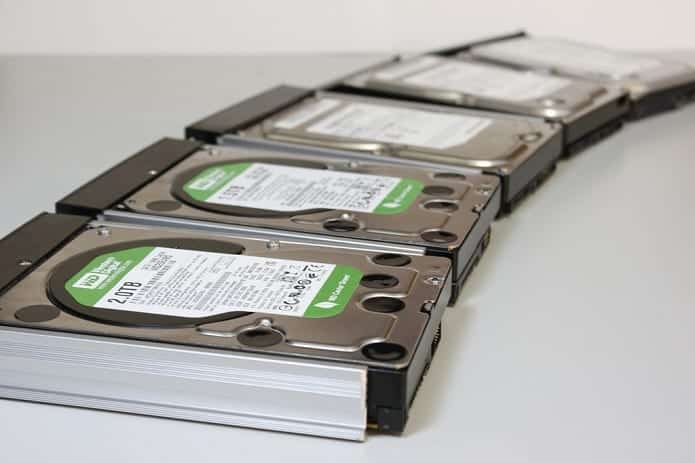 Apparently, Seagate and Toshiba are more reliable than Western Digital

Mechanical hard drive manufacturers such as Western Digital, Seagate and Toshiba are well known for producing high-capacity drives that might compromise on performance but offer every bit of capacity in return for this limitation, when compared to solid state drives. However, while Western Digital might be a popular brand amongst PC enthusiasts and mainstream users, it appears that quality control is lacking in the firm’s business model, according to BackBlaze, a company that provides cloud-based backup solutions.

According to BackBlaze, the company has as studied how its data center’s hard drives have failed during the course of 12 months and has stated that Western Digital is culpable for more hard drive failures than any other brand on the planet. These important statistics will definitely be useful for consumers because Backblaze uses off-the-shelf hard drives for its data centers (the same products that regular consumers use).

The analysis carried out by the company states that during 2015, it used 56,224 HDDs organized in 1,249 storage pods, growing from 39,690 HDDs which it had at the start of year. These hard drives varied in capacity between 1TB to 8TB storage, and according to BackBlaze, it only used four hard drive manufacturers, which were HGST (formerly Hitachi Global Storage Technologies), Seagate, Toshiba and Western Digital. The cloud backup solutions provider observed that hard drives tend to fail differently depending on their make, model, and capacity, but here is the interesting metric that the company manage to dot down. 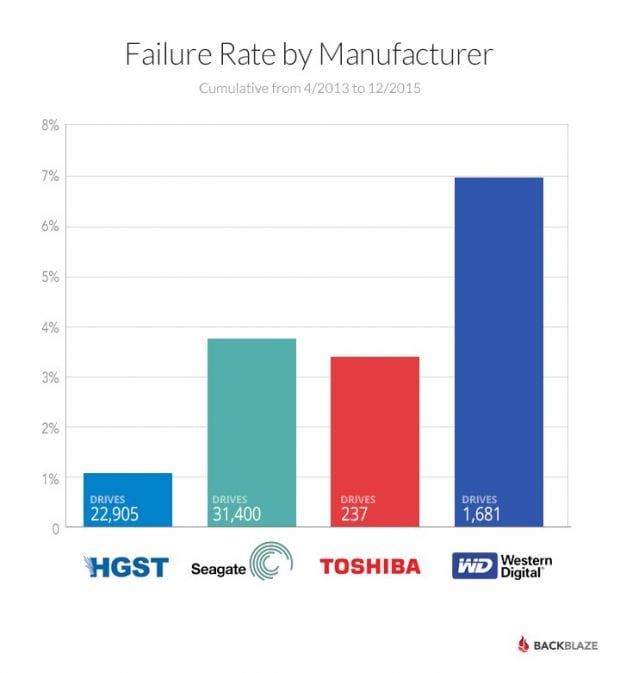 After you have purchased a mechanical hard drive, it is imperative that you take the utmost of your storage product. Keep its temperature till a certain limit by employing an effective airflow system in your computer casing and perform regular maintenance tasks in order to prevent the speed of the drive entering a free fall.