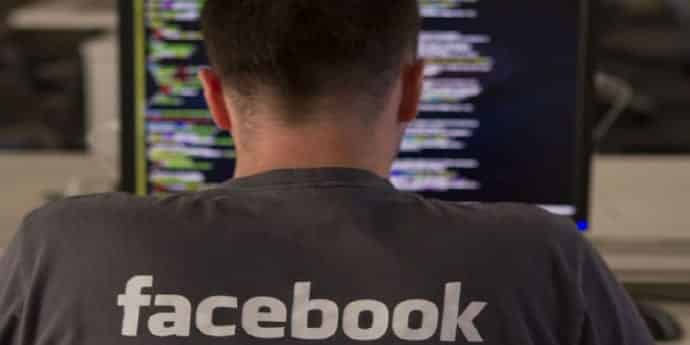 Every Facebook engineer is allowed to access the entire website’s code base just after a few days on the job.

It’s one of the first steps that new college graduates to coding veterans are required to go through in the company’s signature “Bootcamp,” a six-week introduction to Facebook that all engineers.

In a 2009 Facebook post, Andrew “Boz” Bosworth, VP of engineering had said that he had started the program the year before, when the engineering staff was pushing 150 members.

The purpose of the Bootcamp was to preserve the culture of the engineering team as the company grew.

Speaking to Business Insider, Vlad Fedorov, an engineering director said that the program has been a major success. “I would copy it if I were to start a company myself,” he said.

Facebook separates itself from its fellow tech giants by hiring engineers in a general rather than a specific way, and then uses Bootcamp to find out where they will fit best and be happiest.

It’s become an extension of HR chief Lori Goler’s task to make Facebook a “strengths-based organization,” in which managers inspire employees to take on work they are fanatical about.

When Bootcamp begins, each new engineer is allocated a senior engineer as a mentor and provided numerous tasks to perform, such as fixing bugs spread across on one of the company’s apps or the site.

Mentors check work before it goes live, as these fixes have a real effect on Facebook’s more than 1 billion users. Also, other precautions exist so that changes do not affect every user at the same time.

Fedorov said that the point is to get engineers doing real work from day one and not uniform training.

Recently, the Bootcamp team added “tracks” for specific features or products, like Facebook Groups or Android development, so that engineers can figure out by the end of the six weeks which team they want to join.

1. It allows engineers to decide how they want to contribute.

“Generally when somebody joins the company, they have limited amounts of information about that company,” Fedorov said. “Maybe you interviewed with a few people, maybe you have a friend who told you about it, but you don’t really have a first-person perspective yourself.”

With access to Facebook’s complete code base and six weeks to figure out how it functions across the company’s products, new employees can straightaway decide what excites and interests them the most.

“So what bootcamp does is really expose individuals to a lot of teams and allows them to make their own judgments,” Fedorov said.

In order to increase the effectiveness of Facebook’s engineering team as the company grew, Bosworth created Bootcamp in 2008. However, in a 2010 post, he explained that he soon realized that an exceptional inadvertent consequence of the Bootcamp was the friendship that it built.

“And a network is really handy in engineering, because it’s the people who work across the company who you can ask questions if you have a concern about a particular area,” Fedorov said.

While Facebook did not disclose how many engineers it does employ, but it currently has about 13,000 employees across 64 offices worldwide. The Bootcamp helps keep the increasing body of engineers from becoming a collection of secluded teams.

Fedorov who himself went through Bootcamp says that the six people who took the Bootcamp with him are still his good friends even seven years later.

3. It fosters unity among engineers

According to Fedorov, different engineering teams working in in many large companies make their own best practices that can result in destruction of the company’s technology, and in turn that could avoid effective inter-team relationship.

However, in Bootcamp, directors teach all new engineers Facebook’s best practices. Since the engineers are hired in a general way rather than a specialized one, it allows them to move around the company, driven by their interests.

So, if engineer really gets excited about a project and passionate about being a year into, then it becomes very easy for them to go join that team with no obstacles in the way. Plus there no interviews or evaluation, as the manager of the team is aware that everybody has gone through the same process.

The mentors are benefitted from the Bootcamp too, because it has become an effective way to raise leadership at the company.

In the end, it’s a training program that lets Facebook to onboard driven, satisfied engineers from the day they join.