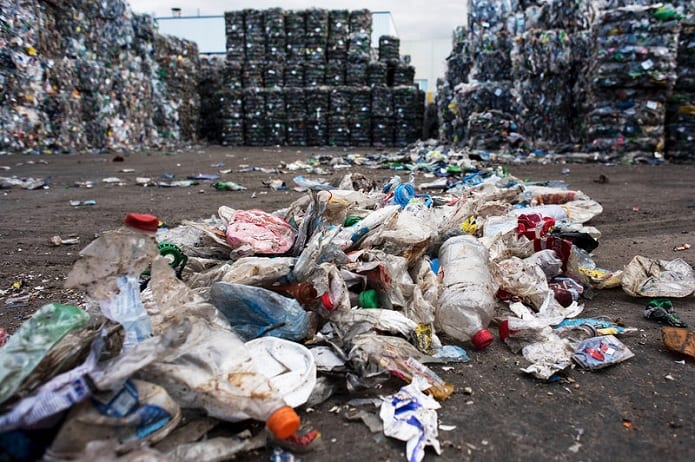 One day, plastic trash will be consumed by a bacteria leaving the world garbage free

According to researchers, plastic eating bacteria could solve the world’s waste problems by consuming waste that people get rid of. The bacterium is a new species called Ideonella sakaiensis, and it was found growing on plastic debris made from a type of plastic called PET or polyethylene terephthalate. According to a microbiologist, this plastic eating bacteria can degrade PET, and then make their body from PET.

While it is difficult for bacteria for breaking down plastic due to their complex structures, Ideonella sakaiensis has two enzymes that reduce plastic polymer into smaller pieces. The bacterium can then take the pieces and eat them, eventually converting the plastic into carbon dioxide and water. Carbon Dioxide should not regarded as harmful since the surrounding plantation will take it all in, but it will also depend upon how much is being released into the atmosphere.

The only drawback is that breaking down plastic takes a painfully long amount of time, meaning that waste would be dumped faster than it can actually be disintegrated. However, the researchers believe that if more work is applied in this particular area, the bacterium can actually be engineered to start breaking down plastic at a much faster rate.

“It’s certainly a move in the right direction. Having an organism that seems to be capable of biodegrading these components directly will help us develop a bioremediation technology.”

Certain species of fungi have been found to be able to degrade plastics before, though none ever been converted to consuming heaps of garbage before. Ideonella sakaiensis offers the researchers a new form of hope because according to John Coates, a microbiologist at the University of California, bacteria are easier to work with and engineer.

The microbiologist also states that while this could become an effective way of breaking down plastic, recycling will be the far better substitute as he says the following:

“Environmentally, I would prefer recycling if it can be optimized and improved.”

Why? This is because biodegrading materials still release carbon dioxide into the atmosphere, which would contribute to global warming. However, where some items cannot be recycled, the plastic eating bacteria will prove to be a very resourceful ally for the masses.