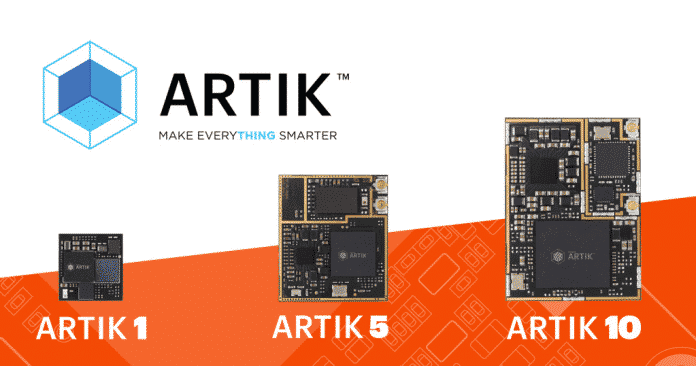 Samsung’s Artik 10 a worthy challenger to Raspberry Pi 3, will start shipping next month

Samsung Artik 10 is a computer board featuring 8 processing cores and will provide a nice little battle to the Raspberry Pi 3. Artik 10 was announced last year with the suggestion that it could be used as a PC replacement if the consumer is proficient enough in assembling that computer themselves. In addition, Samsung Artik 10 has several other uses as well, ranging from the development of smart appliances, drones, robots and other gizmos.

While pricing details are currently not available, we have a feeling that it is going to be along the same lines as its predecessor, Artik 5. Artik came with a price tag of $99.99, making it clearly more expensive to the more affordable $35 Raspberry Pi 3. It could be that Samsung Artik 10 could feature the same price tag as its predecessor, but that would not make it a very affordable board now would it? However, the trade-offs are worth it if not for one tiny little complaint. Artik 10 features a 32-bit ARM CPU, and while smartphones, and tablets, as well as the Raspberry Pi 3 boast 64-bit processors, it is disappointing to see that the Samsung Arik 10 comes with an outdated processor. 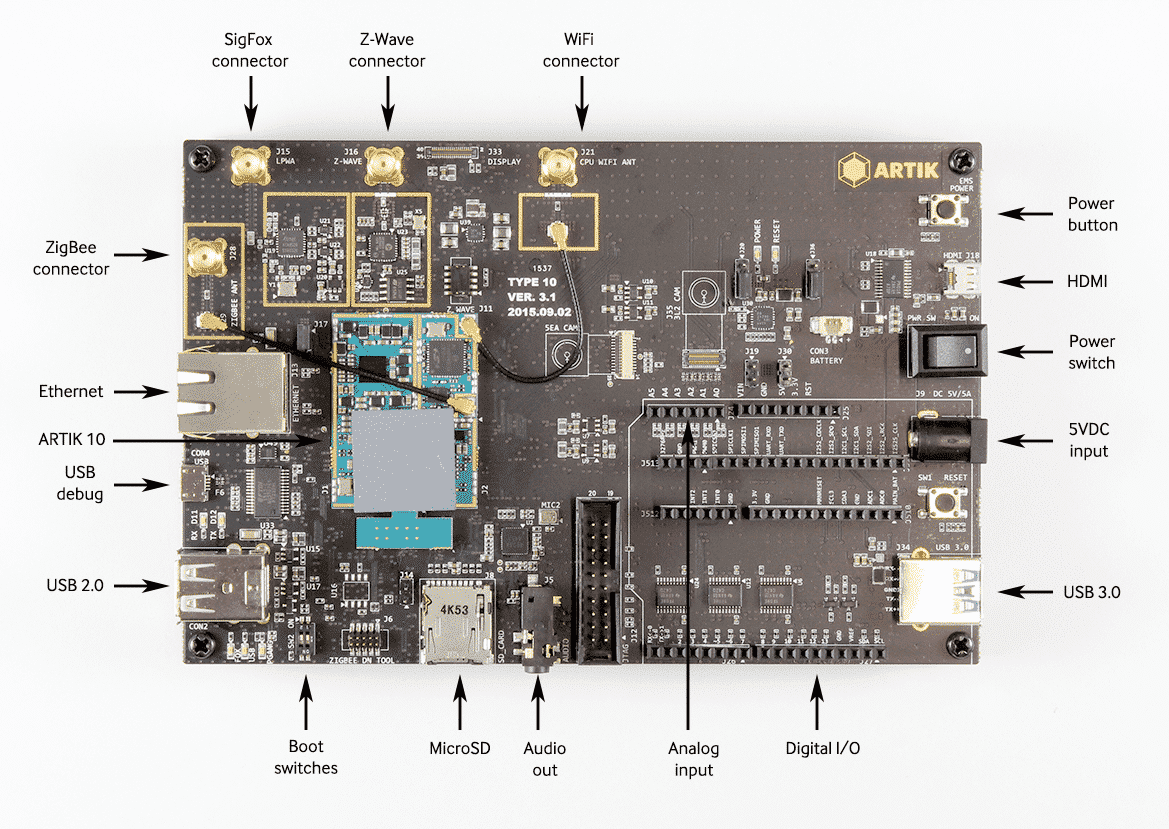 In fact, Samsung also uses 64-bit processors in its tablets and smartphones, so it makes no sense for the company to go back to old older processor architecture when shipping out its Arik 10. The 8 cores are running in ARM’s big.LITTLE architecture. The higher performing cores, which in this board are four Cortex-A15 cores; they will tackle the more demanding tasks while the remaining four lower-power Cortex-A7 cores will tackle the lesser tasks and will also contribute to some level of efficiency.

However, Samsung Artik 10 has better graphics than Raspberry Pi 3. Its Mali-T628 MP6 graphics processor can display HD video at 120 frames per second, which is twice the frame rate that Raspberry Pi 3 is able to render. Also, the new Artik board has 16GB of flash storage and 2GB of LPDDR3 memory, both of which are greater than what is present on Raspberry Pi 3.

Artik also has wireless capabilities and expansion ports to connect external sensors, cameras, displays and other components, making it superior than its latest challenger, but carries nearly three times the price tag.

Which one would you go for if given the chance?