The Gotthard base tunnel under the Swiss Alps was officially announced as open on Wednesday amidst great fanfare, costumed dancers, fireworks and plenty of yodelling and alphorns.

The ambitious European train system at 57.5 kilometres (34.5 miles) in length is both the longest and deepest tunnel in the world that runs as much as 1.4 miles below the surface in sections. It will connect the northern and southern Europe by train as well as mark the beginning of a logistical and trade revolution between them. 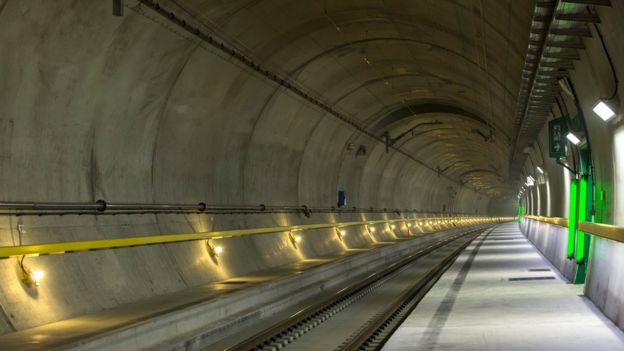 Swiss Federal President Johann Schneider-Ammann in a speech to guests in Erstfeld, near the northern entrance to the tunnel, said it was a “giant step for Switzerland but equally for our neighbours and the rest of the continent”.

A live relay carried a speech from the southern end of the tunnel, in Bodio, by the Swiss federal transport minister, Doris Leuthard.

Subsequently, two trains set off in opposite directions through the tunnel, each carrying hundreds of guests who had won tickets in a draw, and the new route was formally open. 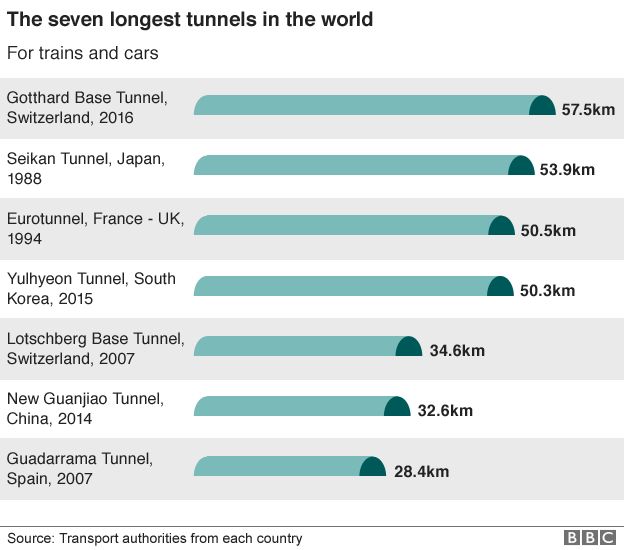 After taking the inaugural run on the tunnel, Mr. Hollande insisted Britons to vote to stay in the EU as he recalled the opening of the 50.5-km Eurotunnel between Britain and France in 1994. “Nobody could have imagined that one day you would be able to travel from England to France that way,” he said. “Since then, we are more united that ever and I hope the British will remember that when the day comes.” 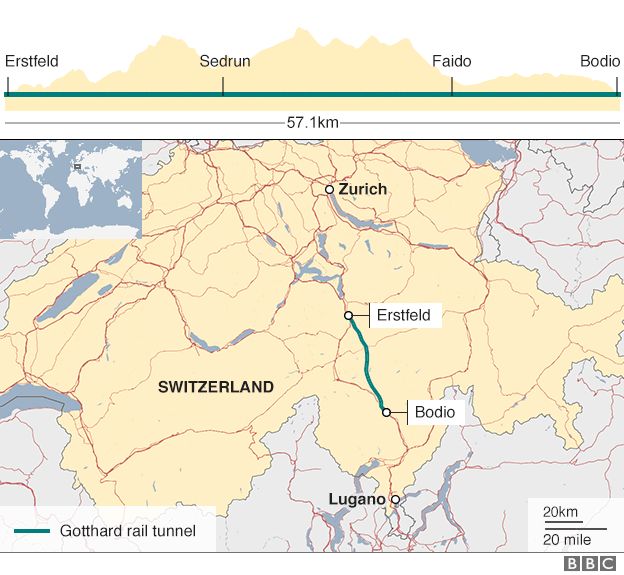 In 1947, Carl Eduard Gruner was the first Swiss engineer to conceive the rough design for a rail tunnel under the Gotthard Pass. However, it was finally approved in a Swiss referendum in 1998. Due to bureaucratic delays, concerns over the cost and other hurdles, the start of the construction was pushed back until 1999.

The new tunnel, which cost more than 12 billion Swiss francs ($16.78 billion) and 17 years to build, was finally constructed within the timeframe and budget originally set out. The key component in the creation of this high-speed corridor is that it will whiz freight and passengers from as far north as Rotterdam, Europe’s busiest port, all the way south through Switzerland and into northern Italy’s industrial heartland. 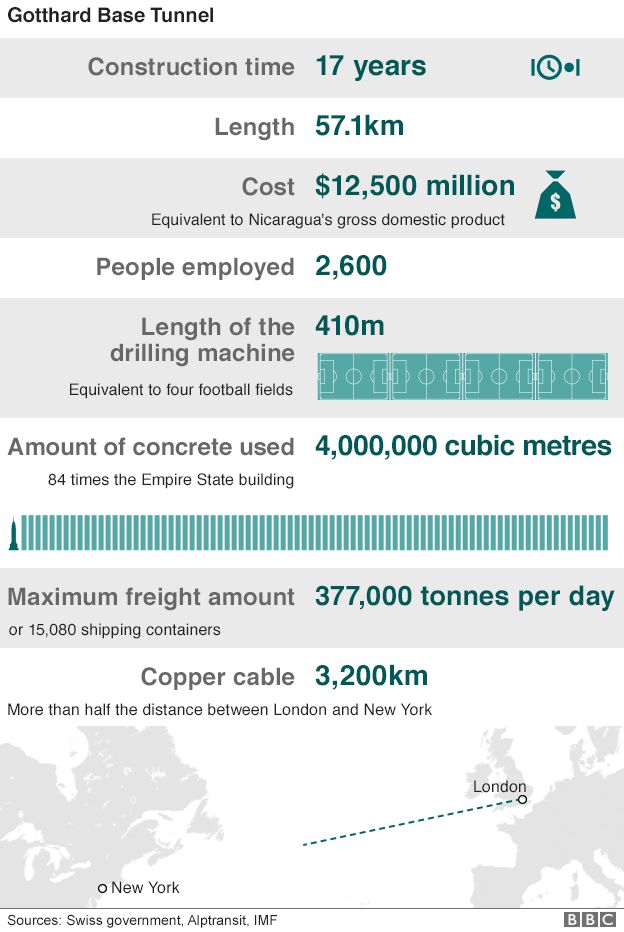 The engineers building the Gotthard were met with some tricky challenges and were required to overcome it, as it runs underneath an older tunnel that was completed in 1980. More than 30 short tons of debris were dugged out as workers blasted and drilled through 73 different types of rock, including stone as hard as granite and sedimentary materials soft as chalk. The rock was then used to make concrete to support the tunnel.

When full commercial service begins in December, the journey time between Zurich, Switzerland’s commercial centre, and Milan, Italy’s business capital, will drop by a full hour to two hours and 40 minutes.

However, it is the supertunnel’s extra freight capacity that will make the difference. From 180 trains, the capacity will raise to 260 freight trains a day (and 65 passenger trains) in the existing 15-km Gotthard tunnel. The 44 percent increase means as much as 377,000 tons a day of goods and material will be able to roll out between northern and southern Europe.

With the completion of the Gotthard, the tunnel has overtaken Japan’s 53.9km Seikan rail tunnel as the longest in the world and pushed the 50.5km Channel Tunnel linking the UK and France into third place.