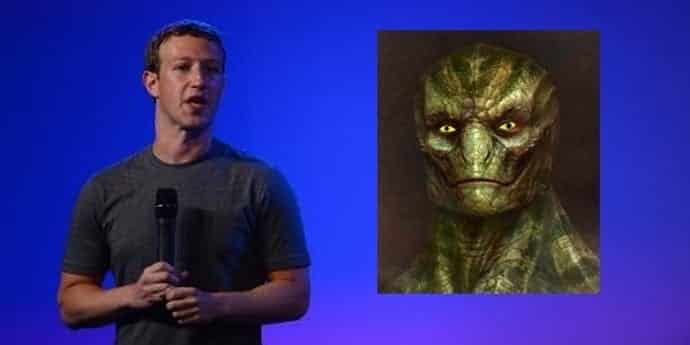 In his first-ever Facebook Live Q&A session, CEO of Facebook, Mark Zuckerberg interacted with Facebook users all around the world. During the 60 minute session, Zuckerberg fielded a wide variety of questions with more than 100,000 viewers hooked online to see him on Facebook Live.

While Zuckerberg did speak about serious things like whether we would have to pay for Facebook (no) and exciting new technologies like 360° video and VR, but one of the first questions that took him by surprise was,

“Mark, are the allegations true that you are secretly a lizard?” read Zuckerberg on Facebook Live.

Taking his own time to answer this question, he replied “I’m going to have to go with no on that. I am not a lizard,” he said. “But keep the high quality comments coming in please, this is surely on track to be a great Live Q&A if we continue getting stuff at that level of quality,” Zuckerberg continued sarcastically.

Questioning whether certain famous people are lizards is actually kind of a big thing on the internet. There have long been conspiracy theorists who believe that the world’s most powerful people are actually lizards cloaked in giant human-shaped costumes.

However, to make things more fun, comedian Jerry Seinfeld joined Zuckerberg later in the Live video, which had mostly fun Q&A and not one full of Facebook news.

You can watch the full Facebook Live session video below.