Read all about The Walking Dead “Season 3” here

Last week, at the San Diego Comic Con, Telltale discussed a few more details on their upcoming season of The Walking Dead.

Dennis Lenart, the Creative Director from Telltale spoke about the upcoming season of the game. He shared a few details about what to expect from the game while not disclosing much to spoil the story yet to come.

The first new look of season 3 ‘The Walking Dead’ was also revealed as an image. In this shot, you can see Javier and Clementine making their way through a walker-infested slaughterhouse. Yes, Clem returns in this season and will play a key role. 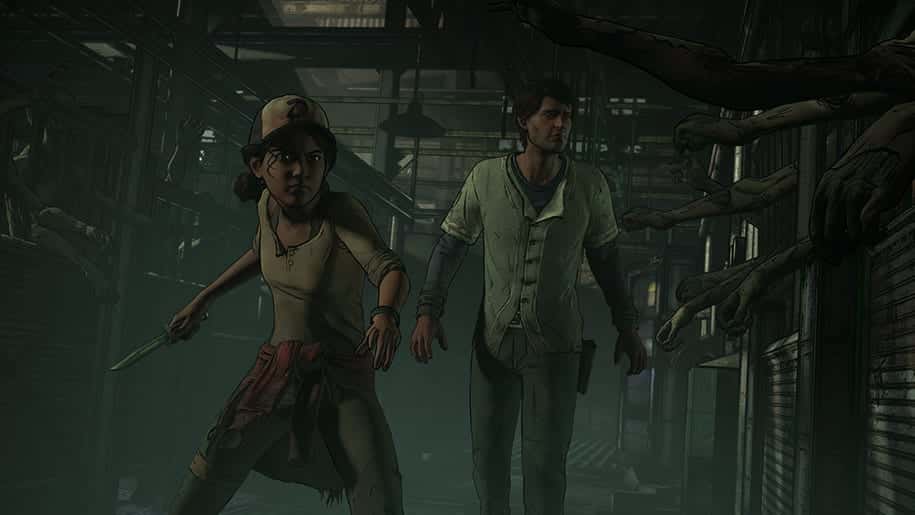 Her character has very much evolved over the course of season one and two. In first season, the players would help this little girl find her feet and courage to survive in this world that has turned into hell. In the season two, Clementine developed her skills and became more independent. The third season would portray her as a grownup person who is capable of handling herself – very similar to Javier, who has been through hell and somehow managed to survive it as long as Clem.

You will play as both Javier and Clementine through this season. How exactly that works is not yet revealed by Telltale. The story would however flow through the choices you make on behalf of both the characters.

You can check out the teaser of The Walking Dead Season 3 on its official website. Here you can also find more info on the game and its premiere dates.

We also recommend checking out expert previews of season 3 – The walking Dead PC game before walking into store to buy your copy.  You can get more info about this game and other upcoming/latest games on sites like Gamespot (video game reviews and news), GameFAQs (video game cheats, reviews, FAQs), Kotaku (PC gaming guide), IGN (latest game reviews), PCGamer (PC game reviews) and more.

What is there in Season 3 of ‘The Walking Dead’

The final few minutes of Season 2 had so many branching possibilities for the next season to catch up that it is hard to imagine what season 3 is bringing.

Kevin Bruner, CEO Telltale Games, said “When we got to Season 2, we had a plan in the back of our minds of how we would make all these endings keep those threads going forward. But with season 3 we bring an unexpected approach.”

Fans are expecting to find something that neatly continues the possible threads of season 2, but Bruner promised that, “it won’t be nearly so obvious.”

He also said, ‘we are thinking pretty innovative from the storytelling point of view.’ Our plan is to bring in a wider swath of fans to fall in love with the game again. The challenge however was in figuring out how to do that. And I think where we are starting the story for Season 3 does a really good job at this.

The new season would allow everyone to come and play, like a pro. Someone who has not played the first two seasons can also come in and get up to speed really quick. But at the same time it also positively facilitates all of the various end points that Season 2 had.

About carrying the progress of players in old seasons Burner said, “We have a strategy in place to help Season 3 players collect their data from the previous games. Though we did not have the cloud services in Season 1 that we have now, but we have a solution for everybody that we are not talking about it yet.”

The first installment of the game is set to be released sometime in fall this year on PS4, Xbox One, and PC. It can possibly be available on more platforms. For more updates on ‘The Walking Dead Season 3’ keep checking our website, as we will immediately any new information we receive about the game.