So you want to be a programmer! Now, what? You can opt for specializing in different tools and one of the best-paying sectors is Apple’s Mac.

Learning to program your Mac is a great idea, and there are plenty of great (and mostly free) resources out there to help you learn to code.

In Stack Overflow’s 2019 developer survey, MacOS came to be the second most used Desktop Operating System, followed by Linux.

Today we give you the top 10 resources to learn Mac programming and make a career out of it.

Codeacademy is one of the most popular places for beginner programmers to start. Actually, it is one of the best places to start your coding career because not only it is packed with interactive courses that walk you through the process of coding but also because it is free. Codecademy has a nice UI for users which makes programming into fun for users by awarding points and rewards for completion.

If you are a serious kind and want to avoid gamified online courses, your best option is Learn The Hard Way. As the name says, LTHW teaches programming the hard way. Originally just Learn Python The Hard Way, the course has branched out to cover other subjects such as C and SQL.

Beware, Learn The Hard Way doesn’t rely on online videos and interactivity but opts for the cold, hard world of the Terminal. You learn to write programs in a basic text editor, run and debug them using nothing but the command line.

Khan Academy is probably one of the most recognized online resources for programming. You don’t need amazing maths to learn to program: mostly it’s logic and problem solving rather than cracking math puzzles.

However, it’s a good idea to brush up on your math skills while learning programming so you increase both skills at once.

Khan Academy can take you right from the very basics, up to probability, statistics and beyond. It also has a lot of videos explaining computer science subjects like Big-O notation and Sorting mechanisms.

Project Euler is not actually a resource but a problem you need to solve to learn programming.  Project Euler is a collection of challenges created with programmers in mind.

According to the Project Euler website, “the intended audience includes students for whom the basic curriculum is not feeding their hunger to learn, adults whose background was not primarily mathematics but had an interest in things mathematical, and professionals who want to keep their problem solving and mathematics on the cutting edge.”

Like CodeAcademy, Udemy is also a popular website offering online courses to wannabe programmers but it is a paid website. However, it also has lots of great, free resources out there that will teach you programming.

If you want to learn professional computer programming training, Udemy is the place to go. Most people learn the two big languages: Python and Java, but there are also acclaimed courses in Swift, HTML and just about all other languages you’ll need to succeed.

If you are a programmer, you ought to bookmark Stack Overflow. Stack Overflow is part of the Stack Exchange community and perhaps the best platform for programmers to exchange thoughts and problems.

Stack Overflow is where you’ll find the answers to all your questions. You can’t be a serious programmer without a Stack Exchange account; the community here will quickly answer all of your questions.

Apple developed Swift along with iOS 10 as a better programming option to C++ and Java. Apple has also released Swift Playgrounds app for iPad teaches you the basics of programming with Apple’s Swift programming language. It also enables you to create basic programs on an iPad, and export them to Xcode on a Mac.

Apple has also created some great programming books for Swift, which you’ll find on the iBooks Store.

Programming is War! Prove yourself in coding battle with other users. Codewars turns programming into a challenge, with users creating puzzles for each other to solve. You can solve problems in just about any language, including Python and Java. It’s a great way to learn common programming problems in a game-style environment.

Lynda is the best place for tutorials and how tos. You can learn just about anything on Lynda. It’s programming range of tutorials isn’t as strong as a service like Udemy, but its tutorials are expertly crafted. Recently, Lynda has added courses like Python and C to its range, and it has good courses on Source Control and Computer Science.

If you’re interested in learning to code for the iPhone, then Ray Wenderlich has a range of highly-rated courses. There is a range of Swift, iOS, and macOS tutorials, and you can also learn Unity and Android on the same site.

There are also a great range of books available to buy, although some can be quite expensive. The quality is there, though, and it’s a great website to bookmark. 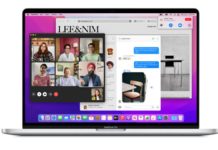 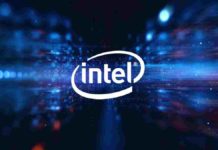 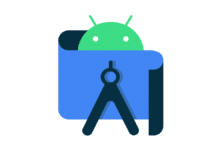