Even as India was undergoing the Government’s demonetization drive where the Rs.1000 and Rs.500 were scrapped, an unknown hacker hacked Congress vice president, Rahul Gandhi’s official Twitter handle. The hacker changed the name of the handle from Office of Rahul Gandhi to Office of Retard Gandhi. 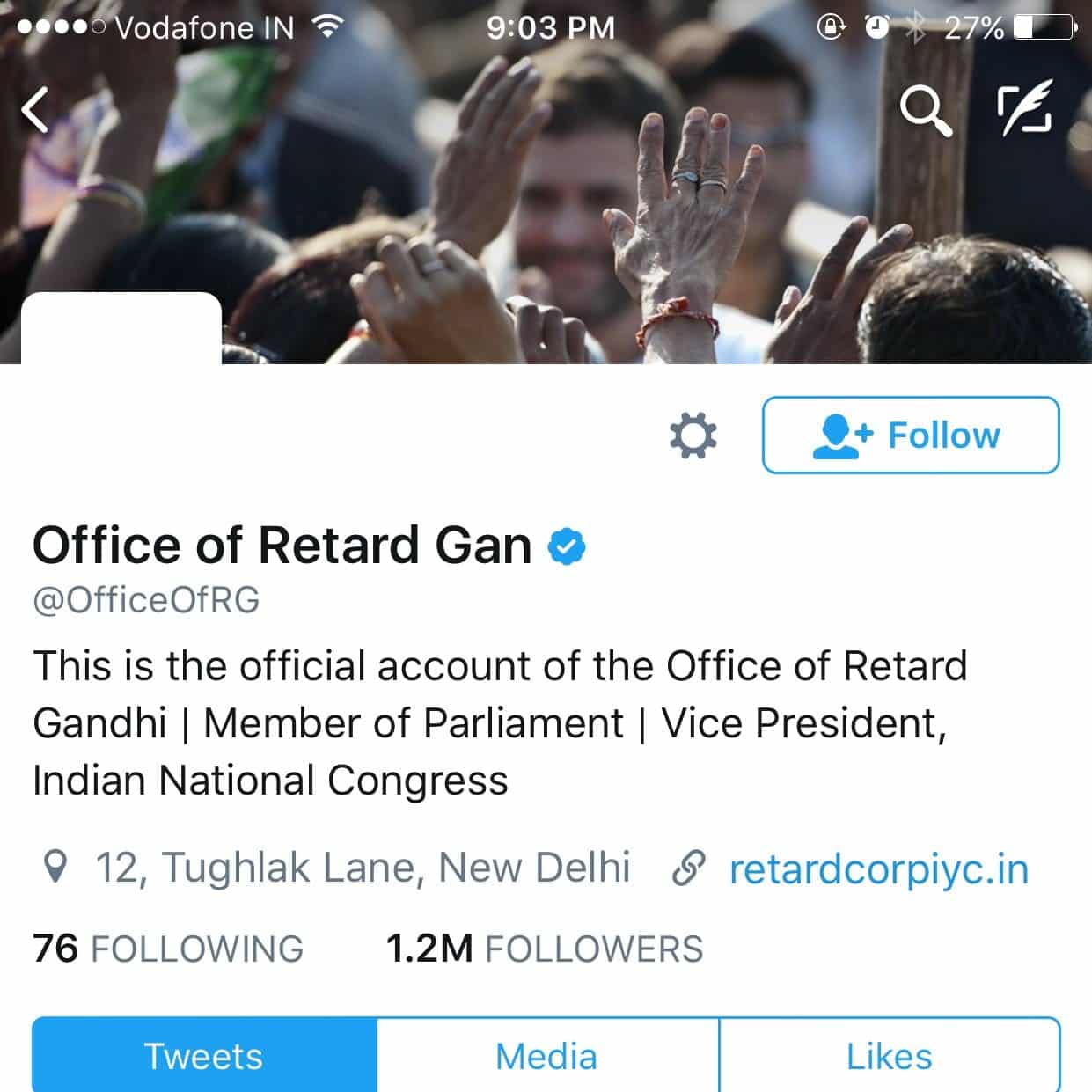 The unknown hacker then proceeded to post a series of offensive political posts related to the GOI’s demonetization drive and Rahul Gandhi’s family. 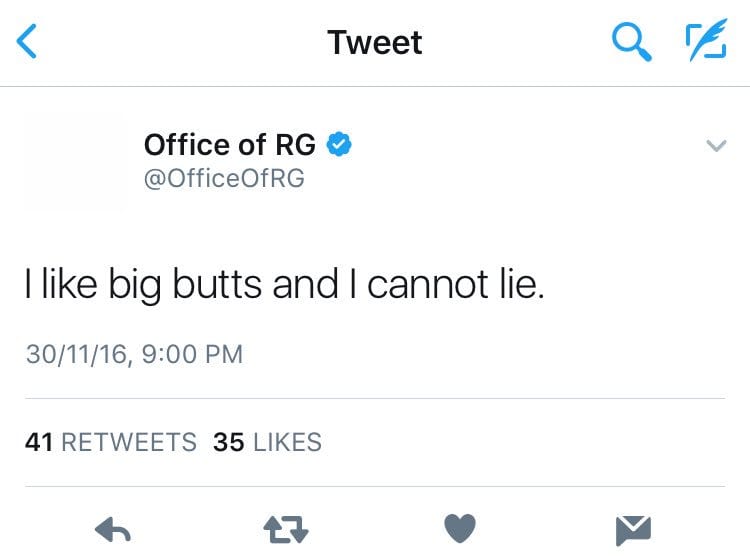 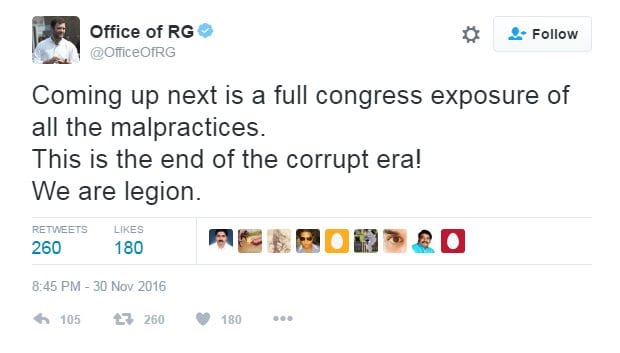 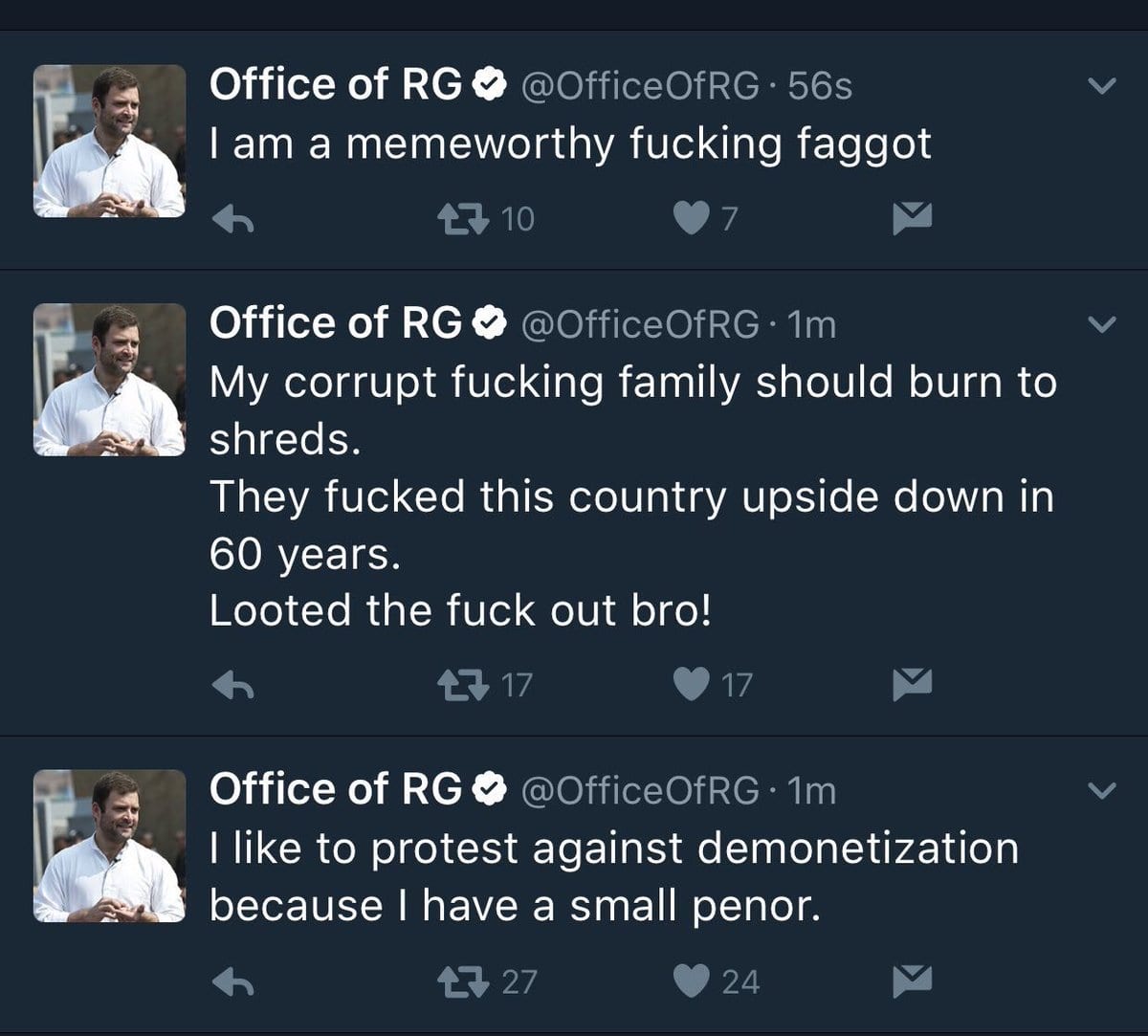 However, within minutes, the account was restored and all offensive tweets were deleted from its timeline. However, the hacker once again hacked the same and posted more offensive tweets.

The hack comes in the middle of a Parliament jam because Rahul Gandhi’s Congress and the other rag-tag opposition parties have been opposing Government’s demonetization drive.

The demonetization drive has been praised by the majority of Indians with 90% of them supporting the government’s crackdown on black money and corruption. However, India’s principal opposition parties have strangely taken a partisan stand on the issue. The left liberals, as usual, have taken an anti-demonetization stand and are blaming the government.

The Congress and the left-liberals were quick to jump to conclusions and blame the ruling Bhartiya Janata Party for the hack in not so subtle terms but it is well known that Rahul Gandhi’s Twitter handle was not handled by him personally and hence it is unlikely that 2-factor authentication was enabled or the Twitter handle was linked to his personal email id making it easy for any seasoned hacker to hack the handle.

The handle is now restored and the offensive tweets have been deleted.